Backbase Connect 2019: How Backbase built a digital bank in 47 minutes

Netherlands-based digital bank enabler Backbase says it’s built a mobile-only bank in 47 minutes after completing its first of four demos over the course of day two at its Backbase Connect 2019 conference in Amsterdam.

“I guess when you build a bank so many times in an hour you can do it in 47 minutes,” says Backbase’s product owner Cameron Tickell, who hosted the hackathon-esque set-up at former stock exchange building Beurs van Berlage. 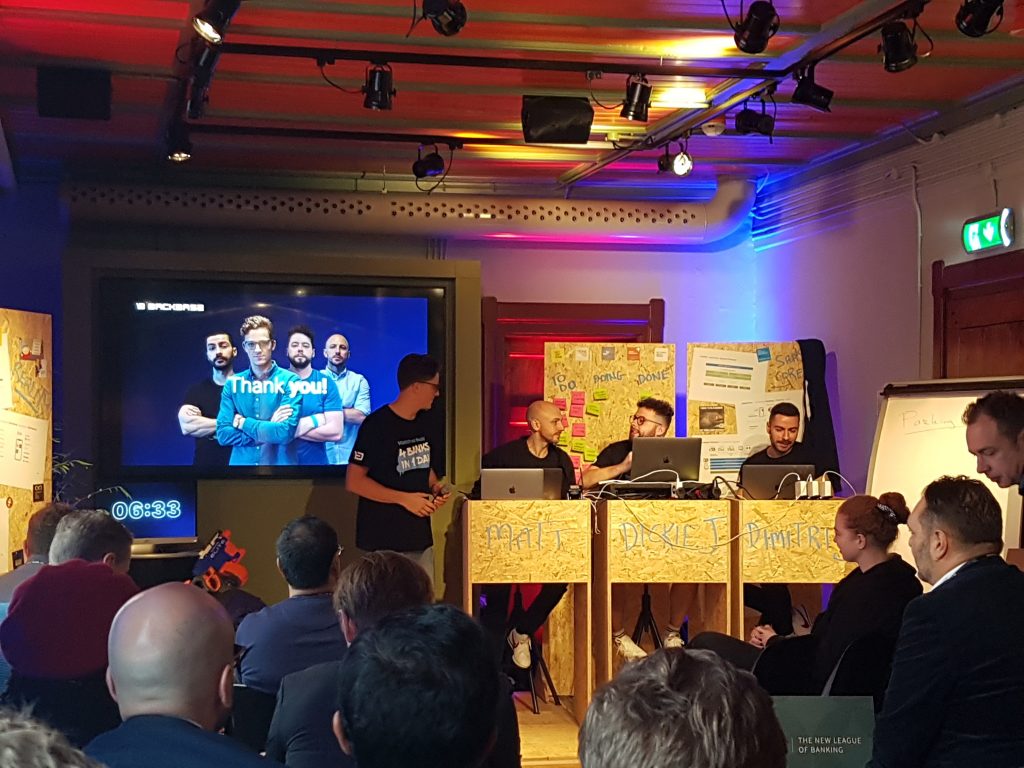 Already equipped with a banking licence, the team were able to go from an uncustomised template to a fully-customised, integrated banking app with 13 minutes to spare at the end for a demo of the finished product to the audience.

“This [idea to create a live digital banking app in an hour] was done over lunch,” says Backbases’ global director of solution engineering, Robin Bultot, who confirms “what you see is actually done in reality”.

This is true in so far as the app is money transfer-ready by the end of the session, and can be downloaded and played with by anyone in the audience.

“There’s more to it than what we showed ofcourse,” Bultot continues, citing the out-of-the-box products the fintech has spent years building to get to this point, as well as the partnership integrations the Nordic company has formed with other fintechs.

“This is just the beginning and […] after this initial build you can iterate and change the app as much as you want.”

The app sits on an AWS cloud infrastructure, uses Mambu as a system of record and Salt Edge for categorisation of transactions and payments e.g. food, entertainment etc.

The dev ops team also uses elastic kubernetes to build the app, which Tickell says scales “forever” unlike the Dell alternative which he says can take up to eight months to put in place.

Going with the name ‘Bankify’, UX designer Harper then works in sketch to create all the branding. Using the customer persona of a young mother, he uses the Backbase template and layers on custom design such as the favicon, the typography and the colours.

At around the 30 minute mark, mobile developer Roilidis adds the widgets for passwords and ‘quick click’ shortcuts. “Users prefer native experiences, and they are typically the best experiences,” says Roilidis on why the fintech only uses native applications.

By 20 minutes to the end, all the underlying systems are integrated and all the widgets are in place, taking the team to a finished mobile app just after the 45 minute mark.

With more than 10 minutes to go, Tickell and his developers are demoed the app they made, which is performing live bank transfers.

Despite the likes of Revolut saying you need to have a start-up spirit to achieve these sorts of feats, Bultot is confident “everyone can do it”, referring to banks such as RBC and HSBC who have already created dedicated, smaller teams and are “already doing it”.