Viva Republica, the South Korean operator of peer-to-peer money transfer app Toss, has signed an agreement with Standard Chartered Bank Korea with a view to winning a licence to become an online bank. 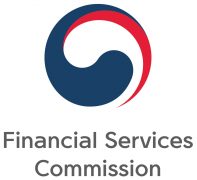 According to local publication Pulse, the two firms have formed a partnership to file for a preliminary licence for the country’s third internet-only bank.

The attempt will be the second for Viva Republica, which tried to gain a licence in March to create Toss Bank, but was shot down due to questions over its business and funding.

Viva Republica holds a majority 60.8% stake in Toss, but according to Korean law, only a financial corporation could hold that large a stake in an internet bank. An ICT firm may hold a maximum 34% stake.

An FSC spokesperson told the Korea Times that rumours about Standard Chartered Korea and Viva Republica were “entirely untrue”.