Fintech start-ups in South Korea are using an accelerator programme to expand into Indonesia and form partnerships with its start-ups.

This follows the first accelerator lab SFG set up outside South Korea in Vietnam three years ago. 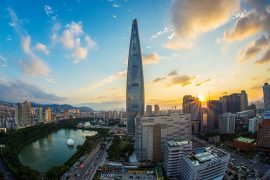 “Shinhan has been operating in Indonesia since 2016 and we highly value the Indonesian market potential for Korean start-ups,” says Shinhan Bank president, Jin Ok-dong.

He adds that the bank’s primary motive for supporting Indonesian and South Korean start-ups is for fintechs to flourish overseas. It’s also a bid to make the Indonesian government ‘the’ start-up hub of Southeast Asia.

There will be two batches a year, totalling to as many as eight to ten start-ups entering the program each year. Recruits from Indonesia have already been scouted for this year.

This is three times the volume of start-ups which have passed through the already-established Vietnam Lab, which has accelerated 11 in total over three years.

In Indonesia, two of the first four South Korean start-ups known to be joining the first batch are peer-to-peer lender Peoplefund and robo-advisor fintech SBCN.

Initially SFG will invest in the companies, but there will also be venture capitalists and investors like Plug and Play, East Ventures, Convergence Ventures and Mandiri Capital joining the program.