The Queen’s Speech has laid out UK prime minister (PM) Boris Johnson’s Financial Services Bill, which will “ensure that the UK maintains its world-leading regulatory standards” in finance and fintech. 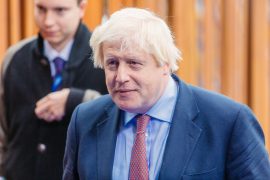 In the midst of Brexit, the bill is aimed to bring “certainty, stability and new opportunities” for the UK banking industry, which will remain open to international markets after we leave the EU.

As well as supporting the international reputation of the UK’s financial services market, the bill will also enhance competition. In 2018 the average fintech adoption rate in Britain was 42% – nearly 10% higher than the global average (33%), according to a government report with Innovate Financial.

The report also found London has the world’s highest concentration of financial and professional service firms, standing at 64,000.

Johnson’s bill promises to “simplify the process” which allows overseas investment funds to be sold in the UK. This will theoretically position the UK as “a centre of asset management” according to the bill.

The PM also hopes this will provide more choice to UK consumers, after likening his plight to the Incredible Hulk and saying he will “break free of EU shackles” last month.

The bill will also implement the Basel standards, which was in response to the 2007-9 financial crisis requiring banks to store enough cash reserves to cover risks incurred by operations.

The PM feels this will strengthen the regulation of global banks, and chimes with previous G20 commitments – an international forum made up of governments and central bank governors. G20’s new financial regulatory framework is mostly in place now, and strives to reduce the global impact of future financial crises.

The bill honours the government’s commitment for long-term market access to the UK for financial services firms in British overseas territory Gibraltar, “as part of the UK family”.

The published background briefing on the Queen’s Speech acknowledges that the financial services sector now feeds more than £127 billion into the UK economy each year, creating a trade surplus of more than £61 billion.

In his introductory speech before the Queen’s Speech, Johnson told the UK: “We are going to get the gears on our national gearbox working again. Leaving the EU is a defining opportunity for us to set a new course and a new direction for our country – to do the things we have not been allowed to for decades, to tear away that bureaucratic red tape, to set our own rules, and to release the talent, creativity, innovation and chutzpah that exists in every corner of our United Kingdom.”