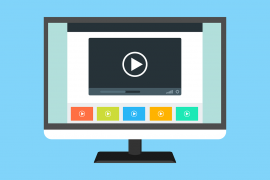 Already working with US banks and credit unions in California, Idaho, Nevada and New York, as well as Canada, Pathway Bank claims to be the first in its state to use the software, although POPi/o’s website also lists Nebraska credit union Cobalt as a current client.

The independent community bank will now be able to offer customers virtual appointments using their mobile devices or laptops.

POPi/o’s founder & CEO, Gene Pranger, created the concept of video banking in 2008 with the Interactive Teller Machine (ITM), which saw the evolution of the uGenius platform.

The bank’s president, Tom Emerton, says the video feature makes it “even easier for customers located across the country” to build “a deeper connection” with the its team.

“No matter where our customers are – if that’s from a corn field, a university campus, a corporate office or from home – this solution is designed to benefit every person and business we serve,” Emerton continues.