UK building society Nationwide has invested in consumer champion Switchd, a fintech which automatically switches people’s energy supplier to keep them paying the “best deal” on the market. 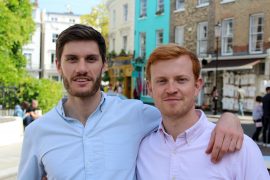 As well as looking at ‘the big six’ suppliers, such as British Gas, EDF and Scottish Power, Switchd also considers smaller players in its cost-benefit analysis, saying it saves “£400 a year” on average for UK homeowners and renters on their energy bills.

The bank’s investment comes from its £50 million Venturing Fund, designed to build up the bank’s start-up portfolio, “learning the latest techniques from them” in a “win-win” relationship. The banks says it will be investing £4.1 billion in technology over the next five years.

“Utility costs are usually one of the largest outgoings after the mortgage or rent payment, but people either don’t know how to switch or don’t feel there is any benefit in doing so,” says Nationwide’s deputy chief executive Tony Prestedge, who sees Switchd as the answer to this.

The fintech offers paid plans from £1.99 a month but says it won’t “charge a penny” until it’s saved customers at least £50 a year. A free version is available but only gives consumers access to a fraction of the market, rather than every supplier, including those which don’t pay Switchd any commission.

Switchd also has an app through which tenants and homeowners can submit meter readings, choose if they only want to switch to ‘green’ energy suppliers and set minimum savings for a switch to be worth it.

Llewellyn Kinch, Switchd’s co-founder, says the investment “will prove vital in fulfilling [its] mission to get everyone in the UK on the best energy deal”. As well as growing its product offering from the funds raised, the fintech says it wants to learn from Nationwide too from the partnership.

Read next: Nationwide exec: Banks can’t do everything