Nationwide exec: Banks can’t do everything

“Banks can’t do everything,” says Nationwide’s director of payments, John Hutton, in an exclusive interview with FinTech Futures. 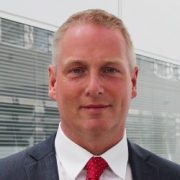 “People expect their banking apps to do all sorts of things,” says Hutton in response to questions about downtime and breaches.

“If my generation can’t do something, we’ll wait and try again later. But if your generation [Gen Z] can’t get into your app once, you’ll leave.”

In Hutton’s opinion, when customers think their app is down it generally isn’t. Rather, their data is switched off or they haven’t updated their app.

As for data breaches and the history of tardiness shown by banks to alert customers, Hutton combats this, saying “if a bank is communicating it has a breach, it is also communicating that it is vulnerable”.

Looking at banking infrastructure more broadly, Hutton questions whether banks should even be processing payments.

Hutton, who was recently made the vice chairman at global payments body, Payments 20 (P20), envisions a centralised system appearing in 10 years’ time which underpins the economy and processes all payments.

In his eyes, taking payment processing away from the banks and giving that power to one, defining body would “make it easier for the industry”.

When asked whether this vision would simply monopolise the financial landscape, Hutton shrugs and says: “that’s the way the world is going”.

Whilst an imaginary non-banking body works on this concept, Hutton questions when a central bank is going to develop its own cryptocurrency.

Read next: FCA: Libra will lead to financial exploitation

He thinks the drive will come from international trade pressure, but that right now it seems “the world is not ready for it”.

But in terms of current payments, “‘real-time’ is it” says Hutton. Banks should now be focusing on customers and fees, because nothing faster will exist.