British banking customers with Natwest, Royal Bank of Scotland (RBS), Tesco Bank and Nationwide Building Society experienced downtime this week which prevented them from accessing their credit card information at a critical time when monthly bills were imminent. 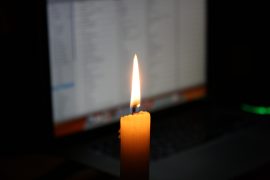 The computer problems, due to an outage at US payments company, TSYS, hit as early as Monday morning and continued into Tuesday evening.

Soon to be acquired by US rival Global Payments, TSYS apologised for the outage, calling it “a hardware-related issue”, highlighting the wider issue of IT resilience faced by banks who often rely on third-parties.

Despite the overwhelming flurry of calls to all the lenders’ customer services, employees were unable to help as they too had “no operational systems”.

For unfortunate RBS customers, the outage coincided with the monthly 20th deadline for paying off credit card balances to avoid interest and charges.

RBS told customers it was working “as quickly as possible” to resolve the issue with TSYS, assuring its users that “no customer will be left out of pocket”. This follows the UK bank’s record fine for an IT outage in 2012, which cost RBS £56m.