Making payment easy across Africa and beyond

Lack of sophisticated payment systems when it comes to the financial services industry – and the patchy, often inefficient nature of those systems that do exist – has for too long acted as a major drag on African development, not just in an economic sense, but also a social one.

In a vast and diverse continent characterised by large geographical distances along with piecemeal and unreliable physical infrastructure, traditional banking services have struggled to take root, and cash is often king. Payments across large distances – and cross-border payments in particular – usually present a headache in terms of complexity, inflexibility and cost. These factors often make transactions prohibitive for the average individual – and that’s in cases where any solution exists at all. In many places and situations across the continent there is simply no efficient mechanism for moving money around in a way that is often taken for granted in some developed economies. 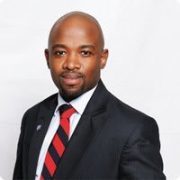 Depending on where you are solutions do, of course, exist. Organisations like Western Union and its brethren have been active in various geographies for some time. More recently, the advent of modern digital telecommunications technology has created a wave of enthusiasm for a new generation of solutions, predicated on widespread adoption and usage of mobile devices. An array of firms from inside and outside Africa, from large international banks through to small fintech disruptors, are racing to deploy a variety of digital, mobile-based solutions with a view to transform the continent’s payments landscape.

This enthusiasm is well-placed. But there is still some way to go, and it’s worth reflecting on what exactly is needed in the years to come, what the ideal solution needs to incorporate, and where the focus needs to be to get there.

One major drawback of both current and incoming solutions is that it’s invariably built for larger transactions, with a focus on commerce, and are ill-equipped to deal with micro-transactions, if it can support them at all. Yet micro-transactions – the stuff of everyday life – are a key part of the puzzle and will need to be a central focus of any future infrastructure. Trade is important but this is about far more than just trade. More Africans are travelling and working across borders and regions than ever before, and people increasingly need a convenient and easy way of making payments for personal reasons as much as business-related ones. Medical bills, school fees, sending salaries back to families – these important social needs are not being met by the current menu of options.

As well as allowing for these sorts of payments, the solutions that win out will need to be squarely focused on one overarching principle: removing friction from the process. From the point of view of the sender and beneficiary, the process needs to be as simple and user-friendly as possible and involve the fewest steps, with all complications and technical elements hidden under the surface as it were.

This principle of removing barriers and friction can be broken down into three broad areas: transparency, cost, and ease of use. The more traditional existing services, however useful it may have been historically, fall well short of what is needed on each point. Transactions are complicated and involve multiple intermediaries – often requiring finding a local agent to physically move cash between locations, which in turn involves other nebulous third-parties along the way. Even for those with the means to use such services, the process can be daunting and off-putting – on the transparency front, it involves extended ‘black box’ time periods where neither the sender nor beneficiary is aware of where their money is, or who has it. The gap between the sender pressing send and the beneficiary being able to access the funds should be as narrow as possible, and the period in between that the funds are held by third-parties needs to be minimal or, ideally, removed entirely.

At present some of the more traditional solutions have an absurdity to them – moving funds between geographically adjacent nations can involve sending the money on a holiday around the world leveraging existing networks, owing to a lack of technical connectivity between neighbouring nations.

The wave of newer technologically-enabled solutions are of course much further advanced in terms of ease of use, convenience and efficiency when compared to these more traditional systems. However, challenges remain. In terms of cost, for instance, it isn’t just a matter of ensuring cost-effectiveness for micro-transactions and affordability, but also allowing for flexibility. Many current solutions, for example, require the beneficiary to burden some of the cost in terms of collecting the funds at the end of the transaction – this is less than ideal for, e.g. a worker trying to send earnings back to their family, who may lack the means to pay on their end. Low pricing isn’t everything either – a slightly more expensive but more transparent process will drive adoption quicker than a bargain system that nonetheless involves the user handing their hard-earned money over to a byzantine and opaque process, or one that incurs significant delay. Balancing these factors is crucial. 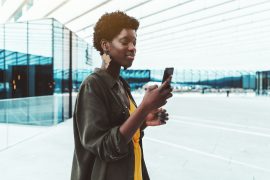 The wave of newer technologically-enabled solutions are of course much further advanced in terms of ease of use.

Ease of use and convenience relates to the user interface (UI) issue as previously mentioned – ideally the process should be as simple as pressing a couple of buttons on a mobile device and seeing the funds drop into the beneficiary account instantly. The more complicated and convoluted the interface and process, the less widespread adoption will be. This is as much, if not more, a question of design and user-focus as it is a technical one.

But UI aside, ease of use also pertains to the scope and size of the network that the solution is plugged into. There’s not much point in having the simplest and smoothest UI and process if it can only be used by a few individuals in a few places and locations, or if the beneficiary can’t access the funds.

Zimbabwe presents a neat use case that highlights the potential complexities of the challenge here, as well as the importance of the network element. Around three million Zimbabweans currently work abroad in South Africa. However due to domestic issues cash is very difficult to access in Zimbabwe. On the plus side, this has forced the country to speedily adopt mobile and digital payment infrastructure. But for a worker in South Africa trying to send money back to their family, this presents a problem. A lot of the current options are off the table, because it relies on the beneficiary accessing cash in their location to receive the payment. What’s needed here, by contrast, is the ability to digitally transfer funds that can then also be spent digitally across Zimbabwe’s ecosystem, in shops and other outlets.

All of this underlines the extent to which the main challenges going forward are not, in fact, technological per se. The technical element has come a long way and give or take a few issues that will be ironed out, the technology required to underpin fast, transparent and cost-effective mobile payments infrastructure is already in existence. The real challenge is instead one of design and effective network-building. The solution will not come about thanks to this or that revolutionary platform alone. Building a convenient payments structure that can be used by millions for everyday transactions across 54 countries is necessarily a matter of collaboration and partnership.

Those firms that end up dominating the space will be those that are currently working hard to form these alliances and connections – between financial institutions, governments, outlets, telecoms companies and so forth. Banks will also have to form a kernel of the network – while there is a lot of excitement about the potential for fintech disruptors to sidestep traditional banking infrastructure, pre-funded accounts will have to be part of the answer for driving initial adoption, and large banks are best placed to provide this essential element.

While there is still some way to go, progress has been rapid, and it seems that a new age of payments infrastructure is about to dawn across the continent. The eventual winners will be those that focus on these principles of user-friendliness and network-building. And for those that can get ahead in Africa, the opportunities don’t stop there. Africa is far from the only place in the world that suffers from patchwork, archaic and inefficient cross- and intra- border payments infrastructure.

Thanks to the continent’s advanced telecoms infrastructure and lack of traditional banking services, it is in many ways the ideal proving ground for systems that could end up transforming the entire globe. Those that can get their strategy and approach right now will gain a critical advantage in the emergent landscape.

This article is also featured in the summer October 2019 issue of the Banking Technology magazine.