Why I don’t talk about gender 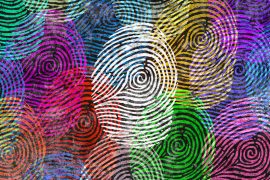 Diversity is good for the soul

My grandmother used to say that, sometimes, if you have nothing good to say, you should consider saying nothing at all.

That doesn’t mean don’t flag issues, fight and challenge. Those are good things even if they are not pleasant. Grandma didn’t mean “be sweet”. She meant “be constructive”. And my way of being constructive about gender, is, by and large, to avoid talking about it.

I cannot talk about my experience of being a woman in the workplace without getting angry. And I mean the kind of angry Brexit conversations seem to bring about. In me at least. The inarticulate, despairing, why-are-we-even-having-this-conversation kind of angry.

I have been asked if I plan on having children before getting a promotion in a bank. I have been sexually propositioned by a former boss. I have been accosted by a client in a lift at a conference. I have been told my looks are distracting in senior meetings (no, it is not a compliment). I have been talked over. I have had my point dismissed only to hear a dude repeat the same point five minutes later to general applause.

They are not the whole story. But they are the part of the story that is personal, ugly and constant. And no D&I (Diversity and Inclusion) initiatives actually touch on this side of the reality of being a woman in the workplace. No D&I panel talks about what you do after you went to HR to say your boss made some very inappropriate suggestions and HR responded, oh honey, I am so sorry, but he’s been here 20 years, has an impeccable record and it’s your word against his. Do you really want to put yourself through this? If you want to, we will help you, but is this what is best for your career?

So I don’t talk about gender. Because I am seething. And grandma would tell me it may best to say nothing at all. But do instead.

Why am I so angry? Because this nonsense is constant and universal.

It has happened to your girlfriend, your wife and your daughter. It is happening to your colleagues right now. It is small things. All the time. Small things some of the time. Occasionally pretty big things too.

But mostly constant small things. Too small to raise some times. Too small for men to notice most of the time.

And really, it is not everyone. It is not always.

And it is not the whole story.

The people who do this stuff to women aren’t your favourite folks in the office. They tend to also be dismissive to juniors, cavalier about power and generally entitled.

Know the type? We all do.

They are idiots. Of course they are. The world has its fair share of them.

They are not the whole story. And you shouldn’t let them become the full story ever.

Not yours. Not anyone’s.

So I don’t talk about gender because I prefer to focus on the whole story. Not the bad parts. I will be damned if my story will be reduced to what some idiot decided to say or do. I don’t say these things don’t matter. I say what we do despite them and around them and against them matters more.

And I choose to do my small bit to change the story, wherever I can, however I can.

The story we live on my watch is not one of micro aggressions. It is one of hard work, opportunities and only the tensions that emerge from people spending a lot of time cooped up together doing hard work, often under pressure. It’s not always smooth sailing. But it is never diminishing. That needs to be the point of the story.

I feel extremely strongly about all this and yet I don’t talk about it because “don’t hire idiots” seems too obvious. Nobody ever thinks they are hiring idiots. Nobody realises the impact of what they are doing when they let people who are normally not idiots get away with being momentarily idiotic in ways that may seem too small to address. They rightly think: this is not the whole story, would I be making more of a deal of it than it actually is, if I pick it up? Move on, the macro story wins even if the micro moment fail. They think.

So they don’t talk about gender either, in the moment. When it matters a lot. It’s not the only thing that matters. But it also matters.

And by the time they get to the panels or the D&I strategy review, their intent is pure but their aim is weak. And they miss the mark because we fall down in the moments that don’t get addressed, don’t get picked up, don’t get corrected. And that is the story we live in, even if it is not the story we tell.

I am still standing. And that’s the story.

Why is diversity in the workplace important? Because it brings better results.

In every industry, in every geography, at all levels of a business, diversity of all kinds (class, gender, ethnicity, background, sexual, religious and dietary orientation, you name it) is good for business.

It is also good for the soul.

Not because women can’t be idiots. Sadly we can.

Diverse hires don’t insulate you from all-weather idiots. You still need to filter those out actively and deliberately at all times. But overall diversity helps limit those micro moments that insidiously change your macro narrative and you don’t even know they have. Diversity in your meetings and your corridors mean that certain behaviours are less likely to happen and more likely to be picked up and challenged. And that is a lateral benefit of sorts. Because it makes it a little bit better, a little bit easier to just be in the workplace. For all of us.

And happier people are more creative. Happier people work harder. Happier people bring their whole self to work and that will make you more money, delight your customers and fortify your culture. It will do you nothing but good.

So let’s get there by dealing with the big stuff and the small stuff with equal urgency. Let’s get there by doing and stopping and starting. Talking, sure, but not primarily, not solely and for those of us who can’t say anything good, doing without speaking should be enough.

Having people at work whose stories doesn’t involve these moments, is what matters. This not being part of the story matters. So, really, the only thing that matters is the thing that gets us there. Away from the place where we need to talk about gender.

Until that day comes, we each fight our fight.

And the fact that we are still here, and gender is only part of the story, is my story. The one I will continue telling silently, by still being here, until the day when none of us need to consider the need to talk about gender.