Stripe hits $35 billion valuation on back of fresh funding

The new valuation means that the company has experienced a 56% increase in value since the start of 2019. Sequoia Capital, Andreessen Horowitz and General Catalyst were among the firms which participated in the funding, according to Stripe. 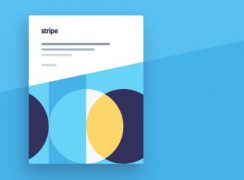 “Even now, in 2019, less than eight percent of commerce happens online,” says John Collison, president and co-founder of Stripe. “We’re investing now to build the infrastructure that’ll power internet commerce in 2030 and beyond. If we get it right, we can help the internet fulfill its potential as an engine for global economic progress.”

The $35 billion figure also means the fintech firm has leapfrogged fellow Silicon Valley companies Airbnb and Palantir Technologies in valuation. According to a statement on its website, Stripe plans to use the capital to accelerate its growth in “three key areas”: international expansion, product growth, and extending its enterprise offerings.

“Central and Eastern Europe has a lot of entrepreneurial and technological talent, and we believe even more of its companies could be expanding globally,” said Felix Huber, head of central and eastern Europe, Middle East, and Africa, at the time.

On the corporate side, Stripe launched its [Stripe Capital] lending service earlier this month, aimed at providing companies with a chance to borrow money and repay their debt via future sales.