Swift has revealed its latest European payments pilot at Sibos which took 41 seconds to travel from Singapore to Germany, following FinTech Future‘s exclusive preview on the announcement. 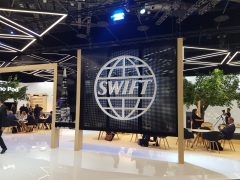 Swift: “Cross-border payments can be as fast as domestic payments”

“We will be discussing with the market infrastructures (MIs) involved in the trials how to progress to live operation and invite all domestic real time payment systems to come and join in this exciting venture,” says Swift’s banking head Harry Newman.

He adds: “The technology is in place, it is proven and it is now a reality that cross-border payments can be as fast as domestic payments.”

The pilot takes after two other cross-border payment pilots which resulted in an 18-second payment from Australia to China and a 13-second payment between Singapore and six other countries unspecified by Swift.

In a breakfast briefing attended by FinTech Futures two weeks ago, Swift reminded the industry that “foreign exchange controls can typically take at least one day to clear, but the best players can easily do one-minute transactions when it comes to international payments.”

This service will be available to “all types of banks’ end customers” including retailers, e-commerce, SME and multinational firms, according to Swift.