The Future Challenges for Wealth Management report told companies they must re-engineer their operations if they want to start competing again. Instead of just moving from physical into digital, Nucoro says they need to fundamentally “rethink products from the conceptual to execution”. 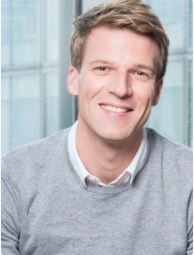 Digital is being driven by the rise of automation and customer-centric products. The report estimates £20 billion of high net worth individuals’ investible wealth will be passed on to their loved ones every year.

But a notable 80% of these millennial beneficiaries won’t have relationships with wealth managers.

“Wealth managers must embrace technology,” says Nucoro’s COO and UK MD Nikolai Hack. “The industry is heavily regulated, and it therefore faces a large administrative burden, but technology can minimise the time and resources spent on tasks that are very basic but high in volume.”

From 2030 onwards, the report predicts $4 trillion of wealth is going to be passed on to millennials in the UK and North America from their parents.

Hack adds: “An unprecedented transfer of wealth is expected to be served by a shrinking pool of advisers. They will be dealing with a client base that is likely to need them to become more flexible and deliver a more modern and personal service.”

Some of the other key industry trends highlighted in the report include the rise of direct to consumer robo-platforms as legitimate industry challengers, the growth of new fintech entrants, charging structures pricing out potential clients and regulation changes which have more than tripled since 2011.