Mistakes, and how to avoid avoiding them 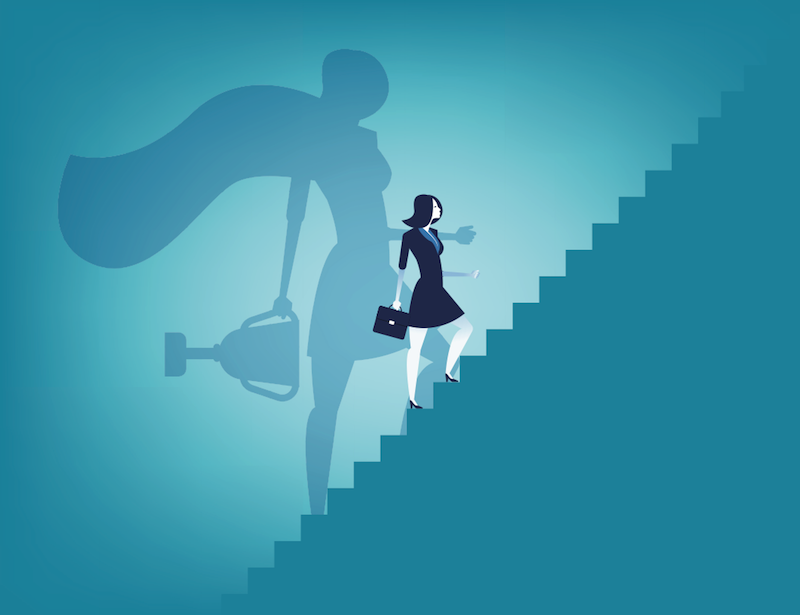 I make mistakes, I don’t know better, it’s a thing. It’s a superpower.

I was recently accused of having no faith and only fake positivity.

Someone point blank accused me of hypocrisy. He said I sought out what can go wrong, I picked up what can blow up, I looked for problems to flag and solve and my optimism was a sham.

So much to unpack there.

But when I calmly – I can be a Jedi master at times, folks. But only at times – calmly asked for an example, he cited my blog. That was the “fake happy” he accused me of. He dismissed it as marketing. Apparently. Which I am sure reduced my CMO to fits of convulsive laughter.

Too happy. Too positive. Too… aligned. He said.

My first reaction was “does he actually read me? My stuff?”.

The second reaction was “funny that, cos the feedback I keep getting from readers who know me or meet me after reading is that my voice is singular”. Like it or lump it, it’s authentic. Raw at times, trite at times, boring on occasion, but as a friend put it recently “I hear the words in my head in your voice”. It’s me.

But then… well… I did that thing I do, of taking any and all accusations no matter how preposterous and thinking about them… and there is a smidgen of truth there, always.

Most of my pieces start from a place of anger, frustration or hurt. That is no secret. But he is right that I actually make a conscious and concerted effort to end, somehow, in a place that is, if not positive, then at least actionable.

It’s a choice, sure.

A choice I make about what to do with the things that hurt, upset or frustrate me. Whether they happen to me or are entirely my doing. Because let’s face it, that happens more often than not.

A lifetime ago, I created the Optimist Group.

It was an accident.

A bunch of us got together regularly to have a moan.

Name an organisation where this doesn’t happen.

What was different about our group is we didn’t just moan. We helped each other. With the singular aim of keeping our “moan conversion ratio” trending to one.

What does that mean?

If you moan and bitch about something, you do something about it.

Problem brought over problem tackled, in the most emotionally fraught fraction in the corporate world.

It doesn’t matter if you moan a lot. If you are hurt, confused, upset, discombobulated and all a-fluster a lot.

Provided. Provided you convert the moan to an action plan.

That may or may not succeed.

That is not the point.

Doing something is the point.

So the optimists moaned. And then we helped each other do something about things. We mostly failed. But that didn’t matter.

Plus the times we didn’t fail were spectacular.

Like the time I blabbed about our group to senior management and accidentally founded a resource that within the space of a month had a few thousand members globally actively helping each other make things happen, and folks would tell me over coffee “man, have you heard about the optimists? It’s the sort of thing that would appeal to you”.

I make mistakes, I am one

I am not one for self flagellation but when someone tells me I have f***ed up I pause and reflect because… hey… I do. Often.

And that includes monumental f**k-ups, slight errors of judgment, or things that transpired in spite of my plans and efforts.

Some of those mistakes hurt, some don’t. But they are all mistakes in that they come despite your efforts in a different direction.

My mum hates it when I say that.

But I am an unplanned pregnancy, unexpected by a woman who was told she can’t conceive. I am a mistake. I was not meant to happen. And yet I did. And I am mighty pleased with that. But so is my mum.

Leda is my middle name.

My mum named me Agapi, Love, because she decided this little mistake was to be the love of her life. As mistakes go, that’s pretty epic. But no less of a mistake.

That’s how I do most of my accelerated learning, mighty leaping and unbridled dreaming.

I make mistakes, some times nothing but

In case you are waiting for the bit about banking, come back next week.

This is one of those personal pieces.

I am a very conservative operator.

I grew up in a council block, in a single parent home, with a mother determined I would dream bigger than big. And I did. But I also never gambled. My boldest hand was always played when the safe bet had failed. For whatever reason. When the path of patience, endurance and hard work (which was my default for much of my life and is still there plain as day for anyone who looks) didn’t bring home the goods. When being patient, diligent and tireless didn’t do squat. And I ended up wrung out, spent and empty-handed, at work or at home.

Undeniably, having made some poor calls along the way.

That’s when I let myself leap. What choice did I have after a crash?

That’s when I scaled walls and flew. What choice did I have, faced with a dead end?

In my personal and professional life, it’s when I found myself with my back to the wall, sad, tired and entirely invested in the wrong course of action that I did my best footwork. You f**k up, or get blind sided by life, you have two choices. Stop. Or do different.

So I did different.

About business, about life, about humans, about endurance, about myself.

I make mistakes, I don’t know better, it’s a thing. It’s a superpower.

I am 41 and I have made more mistakes than not. I expect that to remain the case.

My mistakes is when I did a lot of my learning, my growing and that’s where every single one – and I mean every single one – of my successes came from. Not the plan. Not the confidence or positivity. But the hurty, dark place of knowing beyond the shadow of a doubt that you have made a mistake. Or the slightly disorienting place where you realise that while you’ve been toiling over here, the good stuff happened by itself over there. So you have a choice to become entrenched on walk on over to where the magic happens.

At 41, I am counting on those mistakes these days.

Mine and those of others.

But above all else, some serious humility comes out of them.

Because, having f***ed up more than not, I have learned two things: I don’t know better. Listening to others, asking for help, checking myself, working hard to earn the right to continue working hard are the only way to avoid, mitigate or correct the inevitable errors of judgment or omissions. At work, if not at home.

And the second thing I have learned is that, mistakes, provided you don’t become entrenched by ego, blinded by sadness or paralysed by a feeling of inadequacy, if you actually accept mistakes as part of life, then mistakes are a gift. A disorienting, tiring, painful, often humiliating gift. But a gift nonetheless.

Back to my critic

Am I too happy? No. Jesus no. I am prone to despair and pessimism, just like the next guy.

Too positive? Definitely not. I am a worst-case-scenario kind of girl. I always pack for the worst weather. It is a downer, some times, for those around me, but that is why the weather never stops me. Never has. Never will. I prep for the worst case scenario. So bring it.

And you may think all my superpowers are boring. And you would be right.

But think a minute.

Was he right? My critic.

Am I too… aligned?

But only if you are hell-bent on treating the worst of life, banking and humanity as an opportunity to do better.

If you are hell-bent on making new mistakes, f***ing up in unexpected, technicolour, blockbuster-fresh ways. And ending up somewhere new, with cuts and bruises and your ego in the gutter where it belongs. So you can pick yourself up, dust yourself off, and, when you are done feeling sad and tired and overwhelmed, you can say out loud ‘now how about that’ and live a new life you didn’t know to plan for and didn’t know to dream of and shouldn’t have had a chance at, only you messed up and didn’t stop and here we are now.

If you think that’s arrogant then you’ve never been there. All arrogance is beaten out of it. It’s a sense of wonder you are seeing. And a hope that things you didn’t make happen can still happen for you.

If you think it’s too positive, then, I will let you have that. Not because I agree, but because, hey, I do my learning. You do yours. We are each other’s chance and opportunity, inspiration and catalyst. But we are not each other’s teachers.

So whatever you do, don’t avoid them. And only ever regret them if that’s where you stopped.

And if that seems fake-positive to you, so be it.

As I said, I make mistakes. You go right ahead and make yours.