The start-up has closed a SEK100 million ($10.3 million) round of funding to expand from its current offering of property insurance into a wider range of categories and begin the costly process of expanding its business into more countries beyond its home market. 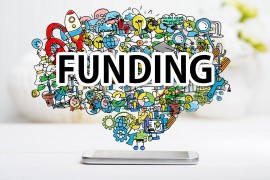 The company uses technology to automate many of the processes including pricing and claims. According to the co-founder Lucas Carlsén, much of the claim process is already automated.

The funding values the company at SEK342 million ($35.5 million) — a modest figure considering Lemonade’s $300 million round,) at a $2.1 billion post-money valuation — but helps position the company to set its sights on being a strong regional player.

It currently has 15,000 customers in its home market of Sweden, who use it for property insurance on rented or owned apartments, with plans to expand that to houses as well as other categories.

The round was led by Obvious Ventures, the venture fund co-founded by Twitter/Medium/Blogger co-founder Ev Williams, with D-Ax, the early-stage investment arm of Swedish retail giant Axel Johnson Group, also participating, along with past investor Cherry Ventures.