Rise up women – you can do it, you really can! 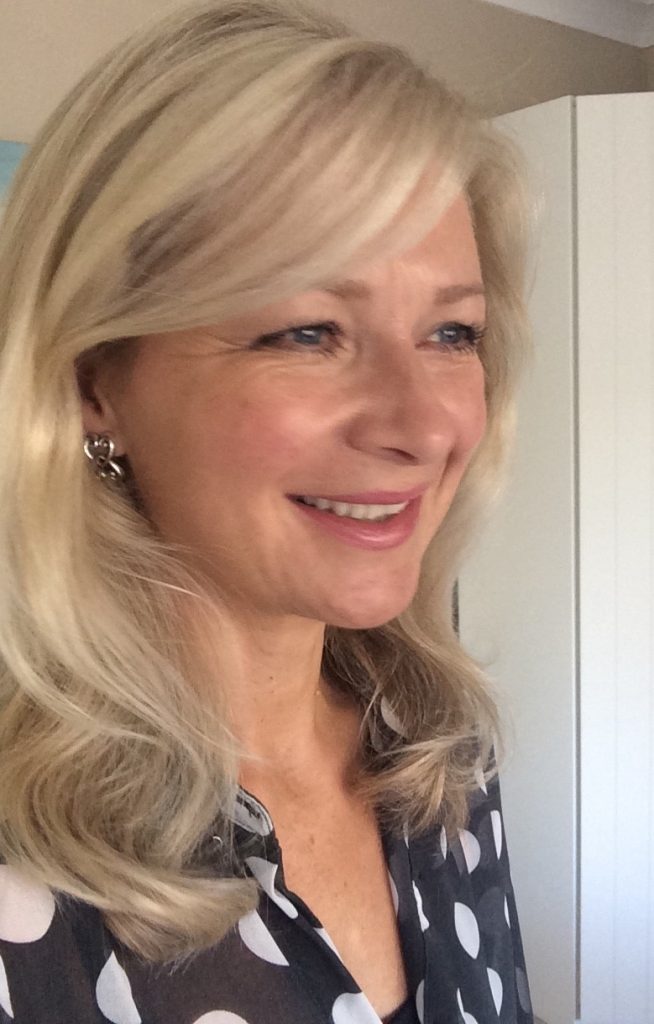 Jackie Barwell, ACI: anything is possible if you want it enough

Money20/20 Europe, the region’s biggest payments and fintech event (held in Amsterdam on 3-5 June 2019), will feature Rise Up Money20/20, a global programme designed to address the gender imbalance in leadership positions within the financial services and fintech industry.

Among 30 female professionals taking part is Jackie Barwell, director of fraud and risk product management at global payments software provider ACI Worldwide. Here she talks about why she is excited to be part of Rise Up and why its work is so important.

Looking back at a career in banking and fintech which spans over 30 years, I sometimes stop and wonder where I would have been had it not been for key mentors who believed in me – and spurred me on to be the best version of myself. So when I had an opportunity to become a mentor myself through Money2020 Europe’s Rise Up Academy 2019, and to share my story, I jumped at the chance and applied – and am proud I have been chosen to represent the Academy in Amsterdam in June.

My personal story is not quite the conventional, but if by telling it I can help inspire just one person to be bold and “rise up” above what could otherwise be a less than ideal path in life – then I will be a proud woman. My start in life wasn’t the kind that could be viewed as a firm foundation for a successful and purposeful future. I was born, a middle child of three, into a house whose parents were totally unequipped to raise a family. After a short life together filled with financial pressures and evictions due to unpaid rent, my father left when I was five, quickly followed by my mother deciding that abandoning us at a local police station was the best thing for all of us. After some difficult years in multiple foster and children homes, my father retrieved us after remarrying and securing a council house to accommodate us all, including a new step-mother who, for reasons of her own, resented the three of us enormously.

Despite my less than ideal start in life, I showed signs of academic potential. I was encouraged by my junior school teachers to take the 11+ exams, which I passed, thus allowing me to attend a grammar school. I gained eight “O” levels, left school at 16, and pretty much grabbed the first job I could find!

I worked at a local newspaper, where I was an office junior and I would order stationery, deliver mail, and operate the switchboard at lunch time, this was all a good starter-for-ten for someone who had come out straight of a straight-laced academic school. I also took the initiative of enrolling into a night school to learn the art of touch-typing – a skill that has stood me in good stead ever since. That skill enabled me to be promoted to telesales within the newspaper, where, after a year, I typed up a situations-vacant advertisement over the phone from someone at Clydesdale Bank, they were looking for an audio secretary for a post at their St James’s Street Branch in London. I cheekily asked that they interview me for the role and if I turned out to be unsuitable, they were still in time for this week’s newspaper. Well, they interviewed me and I got the job! That was the start of a 30-year career within the banking and fintech world.

I stayed with Clydesdale Bank in a variety of roles, moved on to Bank of America, and then went on to spend ten years at Citigroup – specialising and focusing on the prevention side of managing fraud risk across all businesses. I eventually became SVP and global head of fraud prevention at Citibank, and created a network of almost 300 business unit fraud managers, whose task was to understand fraud and take their new knowledge back into the business.

I now work as director for global payments software powerhouse ACI Worldwide, as director of the company’s fraud and risk products, to make sure our highly sophisticated fraud-prevention solution performs at a competitively high level and our merchants are sufficiently protected against exposure to fraud risk.

I also represent ACI at industry events around the world and I am often asked the question: how do you promote your career as a woman in the still male dominated fintech and payments industry? This is an interesting question, as I never thought that my gender has been holding me back at any stage of my career.  However, when I think about some of the things I used to do (and to a degree still do) and when I put those in the context of gender, I do believe there are some interesting lessons to be learnt.

Be bolder and take risks

According to many studies, women tend to only apply for roles for which they can evidence all the requested experience. Women often over-analyse the written job description and either dismiss roles where all the “boxes” are not ticked in terms of evidenced experience – or almost worse – over-talk about the missing ticks in the interview itself!  This is something that many (if not most) men do NOT do.  They trust that they can smash the role regardless of the missing ticks in those boxes.

Being aware of the fact that the inner-need to PROVE our capability upfront remains with us women is a first step to being bolder and taking risks. Also, I believe that job descriptions need to be written in a way that allows for this behaviour trait – making small adjustments will result in more women applying for these roles.

Be aware of unconscious bias and challenge it!

Yes, I absolutely do. Unconscious bias exists, not necessarily just in regard to gender, but also age, personal situation and even education. Despite open debates in the UK about gender pay gaps and creating equal opportunities for men and women in the workplace, the fact remains that men are still miles ahead when it comes to senior and leadership positions in the technology and fintech industry.

Unconscious bias is often the point where challenges start, but as society changes and is becoming more aware of such biases, as we debate these issues more honestly and openly, these bias barriers will shift and hopefully cease to exist.

There was a time in my career where being a woman in the world a fraud investigation was seen to be a rarity. Back then, at most financial institutions the investigative workforce was almost exclusively made up of ex-law enforcement officers on second careers and typically, they were men.

As I progressed through my career I came, slowly but surely, into contact with other women in similar roles to mine, and we created an informal regular meeting of the minds (in person) to discuss issues of the day and other elements of fraud prevention, away from the very “closed” fraud communication forums which unfortunately at the time, typically viewed women as misplaced in their midst. This started with just two of us, quickly growing to double figures – and soon the Fraud Women’s Network was born. I was a founding member (and their first treasurer, and membership secretary). This network has now been going for 12 years, and has still a strong membership running into the 100s.

Women supporting and encouraging each other, talk to each other about their experiences on their own career paths, is probably the most valuable thing women can do for themselves.  It’s surprising how many individuals have had similar experiences where their gender has been almost a hindrance or an invisible barrier to progress, or have experienced unconscious bias of some kind – but have taken steps to overcome the negative effects of those experiences.

I also think that it is inspiring to hear the stories of individuals who have almost stumbled into the successful career path for little more reason than being mentored at key points in their careers by individuals who “saw something” in them, guided them and encouraged them to believe in themselves, and step through that door to grab a suggested opportunity and run with it. And sometimes that’s all that’s needed to give you the push you need to soar!

My final message, linked to my experience, is that I had little to no encouragement in my early years that told me “you can do it – you really can”. If anything, I was standing out for all the wrong reasons – such as being a child in care, or always in the “free school dinners” queue, or the fact I was sent off on my first day at a posh grammar school in my junior school uniform. I could so easily have decided to hide away in the shadows or take the wrong path in life. But there were those key individuals, starting with my junior school teacher who said I could achieve more, and then two successive managers who pushed me through that door of opportunity. I trusted their judgement and took the courage to give it a go. Recognise those situations because they will be there one day – anything is possible if you want it enough.