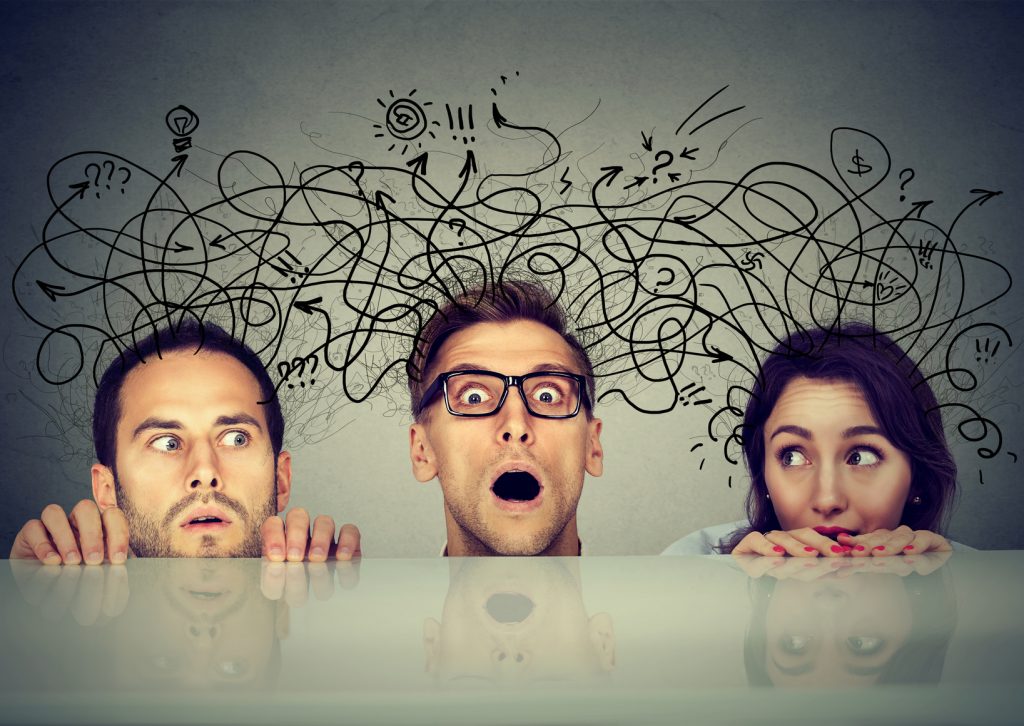 “Who’s going to tell him?” – “Did you tell him?” – “Are you crazy? I am not telling him!” – “You know what happened last time I flagged something like this? No thanks.”

This conversation takes place hourly in every office around the globe. It is definitely happening in yours. Question is, are they talking about you?

That one time you sought to blame, not fix

I have worked in banks long enough to have been both a witness to and a participant in this conversation. Something has gone wrong. A delay. A mistake. A miscalculation. Something avoidable or unavoidable. Something big or small.

Something that needs tackling. And the team has to decide whether to tell the boss.

And somebody will ask what mood he’s in today.

And somebody will debate the relative merits of telling him in person or putting it in an email.

And everyone will brace their shoulders because last time we had to do this, the boss put us through the ringer, shooting emails from the hip, calling folks to “escalate” in a perfect spiral or burnt bridges. He looked for someone to blame. He wanted to know who missed this. He wanted to know why he wasn’t involved earlier so he could have stopped this, since the team is evidently incompetent. He wanted someone to shoot.

And in the weeks after, the story was replayed with a shifting cacophony of blame. Pinning it on one or other person who can’t do anything straight without the boss.

So, who’s telling him this time?

And could we maybe wait a day or two, in case it all resolves itself? With nobody getting blamed, yelled at, made to feel small and reminded forevermore?

And, sure, we will not benefit from the superior knowledge our elders and betters allegedly have.

Getting to the finish line the long way may be a fair price to pay for keeping a shred of dignity and not having to live with the constant jibes – until the next thing that goes wrong relieves you from the attention as the next guy gets it in the neck, and confirms your instincts: next time wait a day or two, in case you don’t have to tell him at all.

He may never find out. Things go wrong every day, life is messy, if he doesn’t get that already, he won’t learn now.

That one time you shot the messenger

Picture this: managers having a hard day because someone above them rained on their parade, and bullied and dismissed them, walk into a meeting, get told a piece of bad news and blast the messenger’s head off.

Or, even more commonly, someone brings a piece of intel. Some unhelpful gossip. Some behaviours that won’t stand the company well in future. Some practices, choices or habits emerging. A concern around a project that isn’t turning its RAG status amber but still, to the veteran, looks like it’s taking things off course and maybe we should have a closer look?

Someone walks into the boss’ offices with an observation of a thing that is imminently fixable through process or leadership. But the boss wants to know who said what when. Why you are meddling. Whose fault it is. Why you didn’t tell before. Why you are telling now. Who else knows.

He came from a battle and forgot that this wasn’t one. It was an opportunity and he missed it. And blew the messenger’s head off in the process.

By forgetting to ask why.

And only asking who.

So the messenger went away having learnt the boss doesn’t want to address problems.

Have a think. Have a change.

The reaction? What people? Who did what? Who said what? Let me talk to them. Let them come before me and repeat whatever was said, in my impromptu court.

And if the messenger insists it is not about that, not about the people who will get defensive as they will be scared or worried. Not about the anecdote, or the names of the employees, or the time of day things went wrong. It is about what this could become. What it may represent. Then the messenger gets their head blown away for being the bearer of bad news.

Even if the boss was just having a bad day and on any other day he would be a different man, no matter. It happened.

It is as real as life now. And it matters.

That one time you took it personally

The distance between “and” and “but” is as long as your fuse, if you are the boss. If you are prone to flying off the handle, jump to conclusions, jump the gun, go for the jugular – or if you have simply be seen to be doing it, even if it is out of character – then the precedent is set. And people who have things to say that you won’t like brace themselves.
They don’t want to be yes men. They think of themselves as people who have the courage to disagree, to say hey you missed this or you have this wrong or that won’t work.

Saying yes… and is tricky. Hey boss you missed something. There is more to this that you didn’t see, think about, appreciate.

Saying yes… but is even trickier. Hey boss. You are wrong about some things. The impacts are different to what you expected. Your assumptions are incorrect. Your actions are having ripple effects you don’t see. Hey boss you missed something. Hey boss you are getting something wrong. Hey boss, there is some bad news you wouldn’t have seen and, if I say nothing, you won’t find out at all. And you won’t know. And if I tell you, what happens next is on my head, if I don’t tell you what happens next is technically not my fault.

So give me one reason why I will flag the problem and take the flak?

Did you tell him?

Maybe I won’t have to.

Maybe the next guy will do it.

Bringing bad news to the boss is hard.

Bringing bad news to anyone is hard.

Being the boss is hard. And when the bad news comes, nobody cares what kind of day you were having. How much this news worries you. How upsetting it is on a personal level.

You are the person who is there to fix things. To advise. To right the course. To know better. And to know better, you need to know in the first place. The good stuff and the bad. The big stuff and, more importantly, the little stuff before it becomes big. The little stuff that may never become big but, together, forms a picture of what your team and your company are actually really all about, where they really are at. What can help them, where they may fail or falter.

And a team saying “we messed up” is a team asking for help.

A team saying “there is a problem” is a team asking for help.

A team saying “something is not right” is a team that gives you the chance to fix things.

A team member bringing bad news is a precious thing.

They are the Canary in the Mine. Don’t be the guy that kills it.