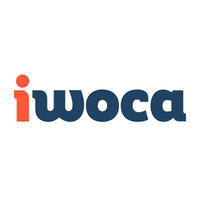 Looking for action in UK, Germany and Poland

The Series D equity round was led by Augmentum Fintech. NIBC Bank and other existing investors, including Prime Ventures, also took part.

It follows on from last month, when Iwoca received a £7.5 million investment by Augmentum Fintech. That was part of a much larger investment round that Iwoca hadn’t closed at the time. Now we have all the details.

There are no specifics, but the new funding will be used to get more business in the UK, Germany and Poland.

Christoph Rieche, co-founder and CEO of Iwoca, comments: “We are on track to fund 100,000 small businesses in the next five years and our mission is to help one million small businesses succeed by opening up access to finance.”

Tim Levene, CEO of Augmentum Fintech. adds: “As an SME lender, Iwoca is unique for its scale in both the UK and Germany. The factors that underpin Iwoca’s success are difficult to achieve in combination. We are confident that iwoca will emerge as one of the few winners in the SME non-bank lending space.”

Founded in 2011, Iwoca says its technology aims to lower the barriers obstructing access to finance for small businesses in Europe. It started trading in 2012.