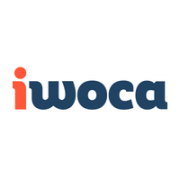 European SME lender iwoca has released Open Banking for all new customers with a Lloyds Bank account, meaning that business owners can now provide iwoca up to five years of transaction history with a few quick clicks of a mouse.

The company becomes the first ever business lender to connect with any of the UK’s nine largest banks under the Open Banking initiative, launched in January 2018.

This partnership speeds up the lender’s already swift application process for Lloyds customers, reducing the time they spend submitting bank information to less than 60 seconds.

“We aim to launch future integrations with Barclays, HSBC, RBS, Santander and others within the coming weeks.”

Richie adds: “Realising the great potential of Open Banking depends on the cooperation of each bank and on small business owners trusting and understanding the Open Banking process. Therefore, it’s critical for banks and Government to do all they can to enable and encourage the adoption of Open Banking.”

The firm speaks of “its vision of making business loans as easy as booking a flight online”, aiming to fund 100,000 of them in the next five years.

The firm provides loans of up to £200,000 to small and micro businesses across the UK, Germany and Poland via its website and through partner integrations using its Lending API, and now in the UK through the Open Banking API.