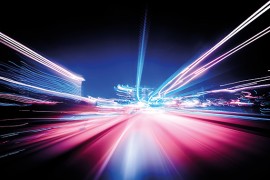 Banks and financial institutions from around the world have been sharing with us their tech modernisation experiences. Here are the top case studies of 2018:

Live Oak Bank and Finxact – riding the second wave
The US, in particular, is in urgent need of new core offerings to support next generation digital banking. Can an offering being built by one of the early core system pioneers, Frank Sanchez, fit the bill? Live Oak Bank, an investor and first client, clearly hopes so.

Afghanistan International Bank – the road to hope
The things that keep most bankers awake at night are probably small fry compared to the challenges facing AIB. It has persevered over the years, since its formation in 2004, but it has to battle for many of the things that other banks take for granted. This includes the physical safety of staff and buildings, the ability to provide banking to rural areas, onsite support from suppliers, and a stable communications infrastructure.

Sberbank – tech them on
Russia’s Sberbank now benchmarks its performance against technology companies not other banks. Despite massive market share, it sees plenty of threats and it is seeking to respond at speed and scale.

BBVA – salute the speed
BBVA is receiving widespread recognition for its progress and innovation within the digital banking arena.

Mobile banking: RBC – farewell friction
Royal Bank of Canada (RBC) has been proactive with its digitisation strategy. Instead of aiming to offer all things to all people it has instead chosen to focus on best use of technology in areas where there is a real friction point and a problem to be solved.

Micro-lending: Mynt
Philippine fintech, Mynt, talks about the business case and technology behind its current micro-lending efforts and where it is planning to head with other financial services, leveraging the customers and data of its majority shareholder, the country’s largest Telco.

DBS – the edge
DBS is shaping up to be a fintech innovator when it comes to both external customer facing digitisation as well as using tech to provide operational efficiency. From being a relatively early adopter of AI chatbots within its mobile banking app it is now adapting to the era of open banking with an API platform.

Robocash – fintech crossing the borders
In 2017, peer-to-peer (P2P) platform Robocash started its operations in the European Union (EU). Since then, it attracted more than €4 million. However, this cannot be called a traditional success story of a fintech start-up.