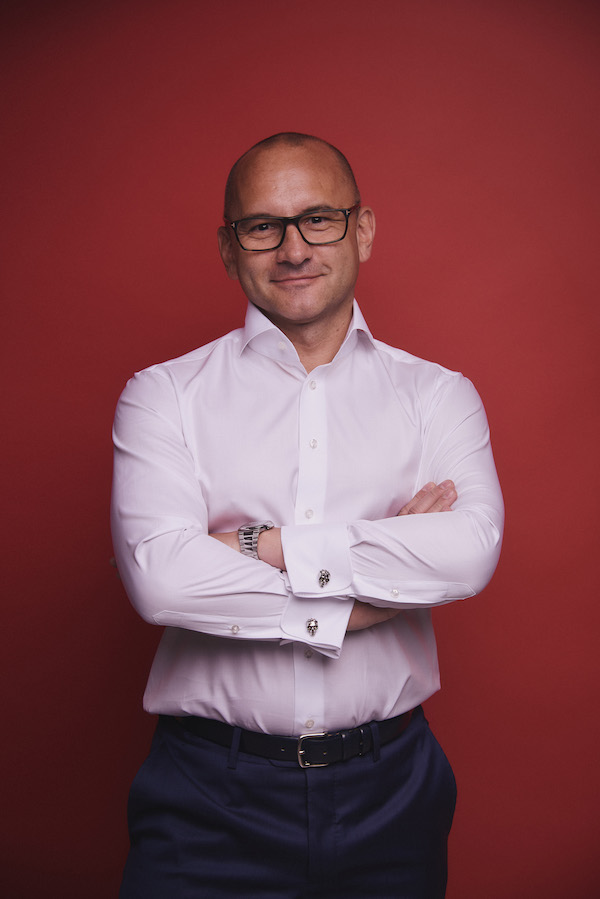 Rafal Juszczak, CEO of Alfa Bank Belarus, shares the story of how the bank tripled the number of retail banking customers by embracing mobile.

The banking system in general, and retail, consumer-facing banking in particular, are going through an extremely disruptive phase at the moment. With challenger banks and alternative financial operators taking care of most of the traditional products, from consumer loans to mortgages to money transfers, it seems like the legacy banks are lagging behind in most cases, not seeing that the momentum they’ve gained in previous decades — or even centuries — won’t carry them along forever.

The problem lies not in a lack of innovative products, or in higher fees — rather, I believe it’s the internal processes and the corporate culture within the older banks that is making them increasingly obsolete.

Three years ago I celebrated the 20th year since I started working in the banking sphere. I’ve worked as the CEO of Poland’s largest bank and one of the major banks in Ukraine, among other places. My experience is spread across Eastern Europe between Poland, Ukraine, Romania, and, since three years ago, Belarus. The challenge I got presented around the 20th professional anniversary was daunting: to rebuild a bank from scratch and make it work.

Three years later, I can say I’ve generally succeeded: we’ve tripled the number of retail banking clients, as well as the net revenues. Since 2015, we’ve set financial records every year. In 2015-2017 our total net income had been three times larger than in the seven previous years combined. In 2015, we had less than 100,000 retail clients; in 2018, we expect to reach the 350,000 mark.

As for mobile banking, the number of customers here has grown fivefold to 200,000 over the past two years. What’s even more important, though, is that mobile accounts for 60% of the money on deposit accounts and 15% of loans we sell every month. Unlike many other banks, our digital business, if looked at as an autonomous business unit, has been turning a profit since 2017.

It’s safe to say that we’re growing across the board, and I’m sure that the focus on mobile has contributed a great deal to these results.

Here’s how launching a mobile banking solution helped us to find the right processes and culture for the whole organisation.

From the very beginning, I looked at the market and the main trends in the industry to figure out what we could do differently. Social banking, conversational banking, lifestyle banking — those are some of the buzzwords of today’s industry, but few people actually understand what they’re supposed to mean.

Building the mobile banking solution under a new brand was one of the first decisions I had to make. There was already an app developed by our bank back then, which had little popularity. Building something under the same name would inevitably have resulted in dragging its legacy further — so the decision was made to start from scratch.

To me, mobile is not just a product but a mode of working. Mobile banking doesn’t mean a smartphone app; it means being close to the customer when and where they need us and talking in their language, literally and figuratively. That’s the way of thinking that brought us to our mobile bank’s name, inSync (you can watch a brief video about inSync here).

It’s the process, not the product

Building a mobile bank from scratch meant that a lot of processes had to be created. We decided not to change the existing processes, but to build them from the ground up, thinking not about the bank as it was, but about the bank as we wanted to see it. What actually ended up happening is that the entire retail banking part has begun to change in order to become mobile-first.

First of all, everything we create for our mobile banking is immediately made available for new customers without them having to go to our office. This was one of the first processes we built — to create an efficient mechanism for the app user to become our customer. The whole process takes minutes and the only in-person interaction the user has to experience is showing an ID to our courier, which has its roots in the local regulations.

Another thing is customisation. Most of the banking apps I’ve seen allow very little in that respect; usually a dark theme is the extent of it. We decided to allow the customer to change the interface and configure the app’s home screen to show the operations and features they need most. We’re basically offering the best-in-class processes to the customer, allowing them to make some product decisions themselves. Our work here is to make sure that the app works 100 percent of the time.

One of the most important parts of building up the processes for inSync was the culture. There’s a theory I like that sooner or later all banks will be pretty much the same in terms of fees and the scope of services they offer. When, or if, that happens, how are we going to differentiate? My answer is the culture, which manifests, among other things, in both internal and external communication.

I’ve given a lot of thought to the way my employees communicate with each other and the customer. Does it reflect the added value we’d like to bring for the client? Does it reflect our brand? For me, the easiest way to assess the communication culture is to ask whether it actually makes sense. I look at our marketing collateral, the mobile app’s UI, the website, and try to understand the message from the customer’s standpoint.

It may sound silly, but even a simple test like this can reveal a ton of issues. The one occurring most often in legacy banks is that they tend to switch to that awful officialese that the mortgage contracts are usually written in. It could be an unavoidable evil in the official documentation, but certainly not in the parts of the bank that are facing towards new and existing clients.

The way we communicate with customers now has come a long way since we started building the “bank in a bank” three years ago. Part of this is inSync Now, which we launched recently as a news feed of sorts for our mobile app users. The main difference from similar features provided by other banks is that we never copy our press releases there, nor do we post bank-related news and messages. It’s all about the clients and their needs.

In the short stories we post on inSync Now, we explain new features of the banking app with screenshots and animated GIFs, but also publish things like local event recommendations, movie reviews, technology-related advice, and so on. This content comes from our content team, as well as the people working in the support chat.

Our support chat is another key part of the content and communications strategy we focus on. We’re available 24/7, and it often happens that the scope of questions our support team answers go beyond the bank and its services. We’ve given life advice, made gift suggestions, and much more. As a result of this focus, we register about 30,000 contacts from customers per month, with the industry average being 600 (according to ZenDesk data). About a third of the total of 75,000 support requests come through the chat, which puts us in the top ten global accounts on Zendesk. People trust us and stay in touch.

The main goal that we have achieved by creating the mobile bank within a bigger bank is that the customers feel inSync to be an extension of themselves. We’ve been thinking about this for years now, but admittedly only recently learned about the concept of psychological ownership, which fits perfectly with our overall strategy. By changing the culture and building the right processes, it has turned out to be possible to create a bank that’s perceived as a trusted partner and friend, rather than a boring and hostile institution that controls the customer’s money.