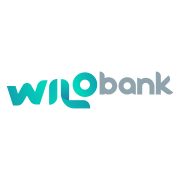 Wilobank offers a current account, a debit and a credit card, as well as a pre-approved loan, representing a major new development in the offering of Argentinian banks and, in general, in banking practice in Latin America.

It is a project by local entrepreneur Eduardo Eurnekian, the owner of airport operators Aeropuertos Argentina 2000 and Corporación América. Through these firms, he controls 33 airports in the country and 52 globally.

Wilobank was originally launched earlier this year as Wanap, but a dispute with another mobile banking start-up Ualá (which has George Soros listed among its investors) forced it to change the name.

Indra and its digital transformation unit, Minsait, have been involved in all stages of the bank’s creation. Wilobank follows Bankia’s digital onboarding strategy in Spain, having a fully mobile channel. The bank says it is fully compliant with the requirements of the country’s central bank, Banco Central de la República Argentina.

Indra will continue with the maintenance and development of Wilobank’s tech post-launch.