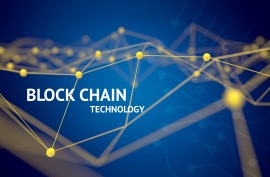 BBVA and Spanish tech consultancy firm Indra say they have “successfully completed the first global corporate loan transaction using blockchain technology from the negotiation of the deal to its signing”.

The pilot enabled the closing of a €75 million loan using a solution developed by BBVA based on distributed ledger technology (DLT).

For Indra, “the project strengthens its blockchain expertise”, the company says.

Through its digital transformation business unit – Minsait – Indra has developed various blockchain-focused projects across a number of industries, including the financial, insurance and retail sectors.

“The current process of contracting corporate loans is long and complex with various interactions between the bank and client, with numerous time-intensive iterations and reviews needed,” BBVA explains.

“Blockchain technology can make important improvements to this process as is demonstrated by this pilot,” it says.

“On one hand, DLT technology guarantees transparency and traceability of the contracting process: both Indra and BBVA were able to independently consult the status of the transaction at every stage thanks to blockchain’s traceability feature. Additionally, the solution also digitised the negotiation process, which improved the management time, reducing it from days to hours.”

BBVA emphasises the innovative nature of this project, as it was developed using different blockchain platforms.

The negotiation process and completion of conditions between BBVA and Indra was developed on an internal solution built on private blockchain technology (Hyperledger). Once the contract was agreed, Ethereum’s public blockchain (testnet) was used to register the hash or unique identifier related to the transaction’s documentation.

“The use of blockchain in this transaction has greatly increased transparency and speed, while equally improving efficiency – it’s a win-win for both us and Indra,” comments Derek White, BBVA’s global head of customer solutions. He adds that BBVA is working on a number of blockchain initiatives related to international payments, international trade, and foreign exchange.

Both BBVA and Indra also participate in the main international consortia that are looking to create standards such as R3, Hyperledger, Enterprise Ethereum Alliance and Spain’s Alastria.