An overview of neobanks in Latin America 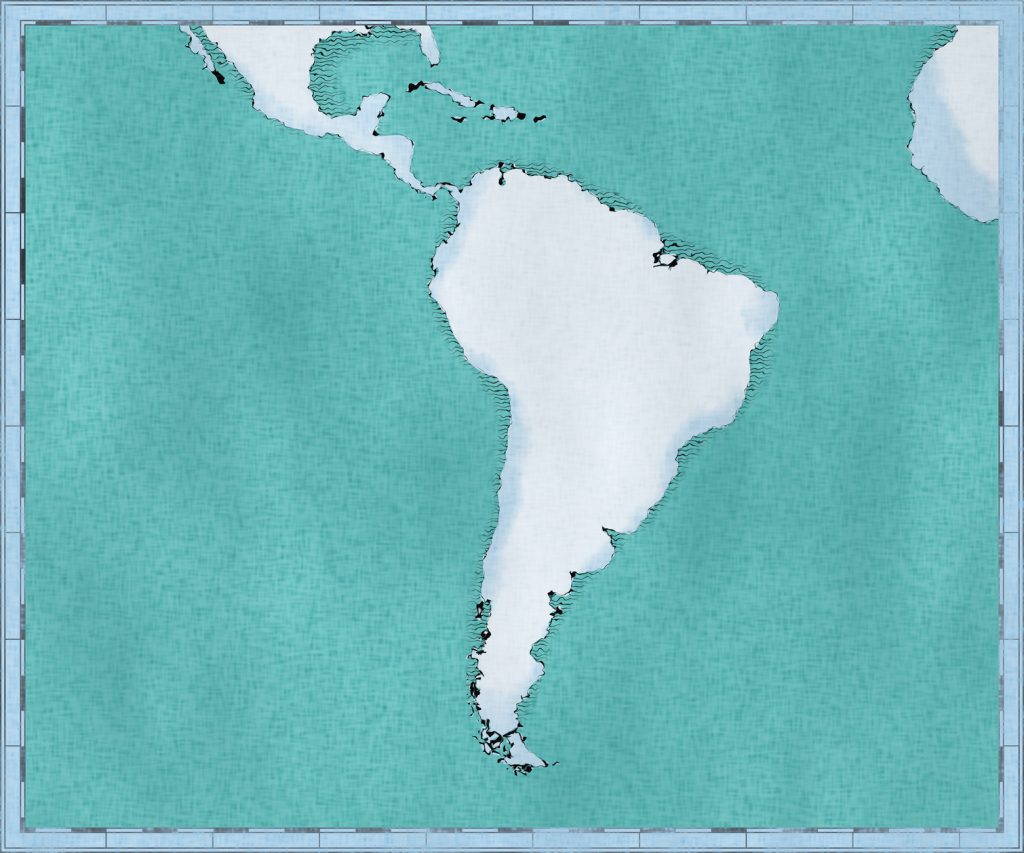 Neobanks in LatAm: who’s doing what

In Latin America, around 70% of people do not have a bank account. While in the US, most banks will allow you to walk in, open an account, and deposit the same day, banks in Latin America have much more complicated requirements.

At many Latin American banks, you will need a proof of a job, citizenship (or two years residency in Chile), and other financial paperwork to even get an account. At some banks, you can’t even open an account unless you are within the top 20% income bracket, and most bank cards and credit cards come with endless hidden fees that target the poor.

The majority of Latin American countries struggle with low levels of financial inclusion, and local governments are struggling to tackle the problem adequately. Traditional banks are not well-suited to serve Latin America’s young and connected middle-class, especially as smartphones and mobile technology become almost ubiquitous across the region. There is an obvious gap in the market for products that serve people who have a smartphone but no access to a bank account or credit card.

Enter: neobanks. While fintech, in general, is one of the hottest markets in Latin America’s tech ecosystem, neobanks are now gaining attention as potential solutions to large-scale financial exclusion across the region. These fully-mobile banks do not have branch-based distribution models and offer more services than traditional banks. Latin American neobank startups, such as Ualá, Nubank, and Albo, are receiving significant foreign investment as they strive to serve the millions of unbanked consumers across Argentina, Brazil, and Mexico, respectively.

Unlike other fintech services, neobanking has higher barriers to entry that make it challenging for startups to operate across borders. For example, regulations for banking licenses vary between countries and can be extremely costly. The high cost of these licenses has generally kept competition low in the banking industry, but the tides are beginning to change as governments reduce regulations to allow more agile competitors to enter the banking sector and bring costs down. This trend could help Latin America finally tackle financial inclusion on a broader scale, and bring a majority of the region’s population into the formal economy.

A brief history of neobanks

Neobanking started around five years ago in the UK with companies like Monzo and Atom building mobile-first options that provided more agile solutions for younger customers. These neobanks took advantage of new regulations in the UK, which Australia and other parts of Europe then copied, that reduced restrictions on which qualifications were needed to become a formal bank. These new players in the banking sector are pushing banks to better serve their customers through mobile services and low fees that attract millennials who are not interested in the stuffy, slow services of a traditional bank.

Latin America’s banking sector is just now catching on. Tedious bureaucracy is a part of life in many Latin American countries and going to the bank to wait in line and pay a bill is an everyday chore for most people. Many international banks have not adapted their services to the local environment, and regional banks are often predatory and untrusted. In countries with high inflation and inadequate financial regulation, such as Argentina, many workers prefer to withdraw their monthly paycheck and just keep it in cash, rather than risk saving it in a bank.

Neobanks eliminate the hassle of waiting in long lines or paying predatory fees on debit or credit cards. Considering their popularity in the UK and Australia, where banking penetration is already very high, neobanks have the potential to provide critical services to unbanked populations in Latin America. Being able to pay bills, wages, or other expenses online would give many Latin Americans more control over their spending and saving, and allow them to access the global market.

Why does Latin America need neobanks?

A 2016 report for the Centre for Global Development found that Latin American countries tend to have lower levels of financial inclusion than other countries in the same income bracket worldwide. The reasons for this were two-pronged: 1) weaker rules of law make it so banks can take advantage of customers, meaning there is low trust in banking institutions in the region, and 2) insufficient competition in the industry means bank services are expensive and cumbersome.

Neobanks directly tackle both of these issues by using technology to track balance and spending, as well as by lowering costs with branchless and mobile operations. Neobanks are a potential major disruptor to the legacy banking system that is holding Latin America back from achieving higher levels of financial inclusion.
Latin America’s active neobanks

In Latin America, one of the first mobile banks, Nubank, was founded by Cristina Junqueira, David Velez, and Edward Wible in Brazil in 2013 to tackle the bureaucratic nightmare of the Brazilian banking system. Nubank offers a free mobile credit card that over 13 million people have requested thus far, as well as a loyalty points system and a digital savings account that make it possible to save money without ever visiting a bank branch.

In a country of over 250 million people spread across many rural areas, mobile banking is a clear way to help Brazilians access global markets and networks without the hassle of trying to reach a physical branch. Nubank raised over $527 million so far in over six funding rounds, including from international investors Sequoia Capital and DST Global.

While Brazil pioneered neobanks in Latin America, several other countries are now debuting their own fully-mobile banking systems. Angel Sahagun’s Albo, Mexico’s branchless mobile banking app, raised $700,000 in January 2018 from Greyhound Capital, Magma Partners, and Eric Perez-Govas to provide customers with a fast and easy way to open a bank account through their phones. Albo even allows customers to pay bills directly through the app, avoiding long lines or annoying trips to the local convenience store to pay bills in cash. The app connects to an online global Mastercard that makes it possible for Mexicans to make purchases anywhere, with no fees.

Argentina’s Ualá works similarly to Albo, providing a global Mastercard for Argentine citizens excluded from international capital markets. Ualá recently raised a $10 million Series A round led by US investors including Soros, Point72 Ventures, and Greyhound Capital because it managed to bring on users from every province in Argentina within less than a year of its launch. Currently, Ualá only offers a mobile debit card, but founder Pierpaolo Barbieri plans on developing a credit card and savings system within the next two years.

Colombia’s neobank, Nequi, is growing quickly as well. Nequi, founded by Andrés Vásque and incubated by Bancolombia, is the first digital wallet in Colombia designed under the new UK open banking protocol that offers consumers free services, whether or not they even have a bank account. Anyone with a Colombian mobile number can use Nequi to make wire transfers, manage savings, withdraw cash at Bancolombia ATMs, and make online purchases. Customers can top up their cards using cash at select locations, allowing almost any Colombian access to international markets.

Demand for affordable credit cards in Latin America will likely rise over the next decade considering the rate of growth in the region’s e-commerce market. Based on the table below, it is clear that there is a massive market opportunity to connect Latin America’s unbanked with agile banking services, making use of a growing level of disposable income.

Banks in Latin America still do not offer accounts to the general public. This exclusivity has kept rates of financial inclusion in Latin America low, despite rapid rates of development across the region. Neobanks provide a customer-friendly alternative to a traditional banking model that benefits banks more than users.

If Latin America is to tackle the issue of financial inclusion holistically, then the banking industry will need to undergo some changes and disruption. Latin America’s neobanks, such as Ualá, Albo, and Nubank, are examples of companies doing just that.

By Nathan Lustig, a serial entrepreneur and managing partner at Magma Partners, a seed stage investment fund (and an investor in Albo)