The death of banks is overestimated if you believe 10,0000 consumer research interviews done across ten countries. 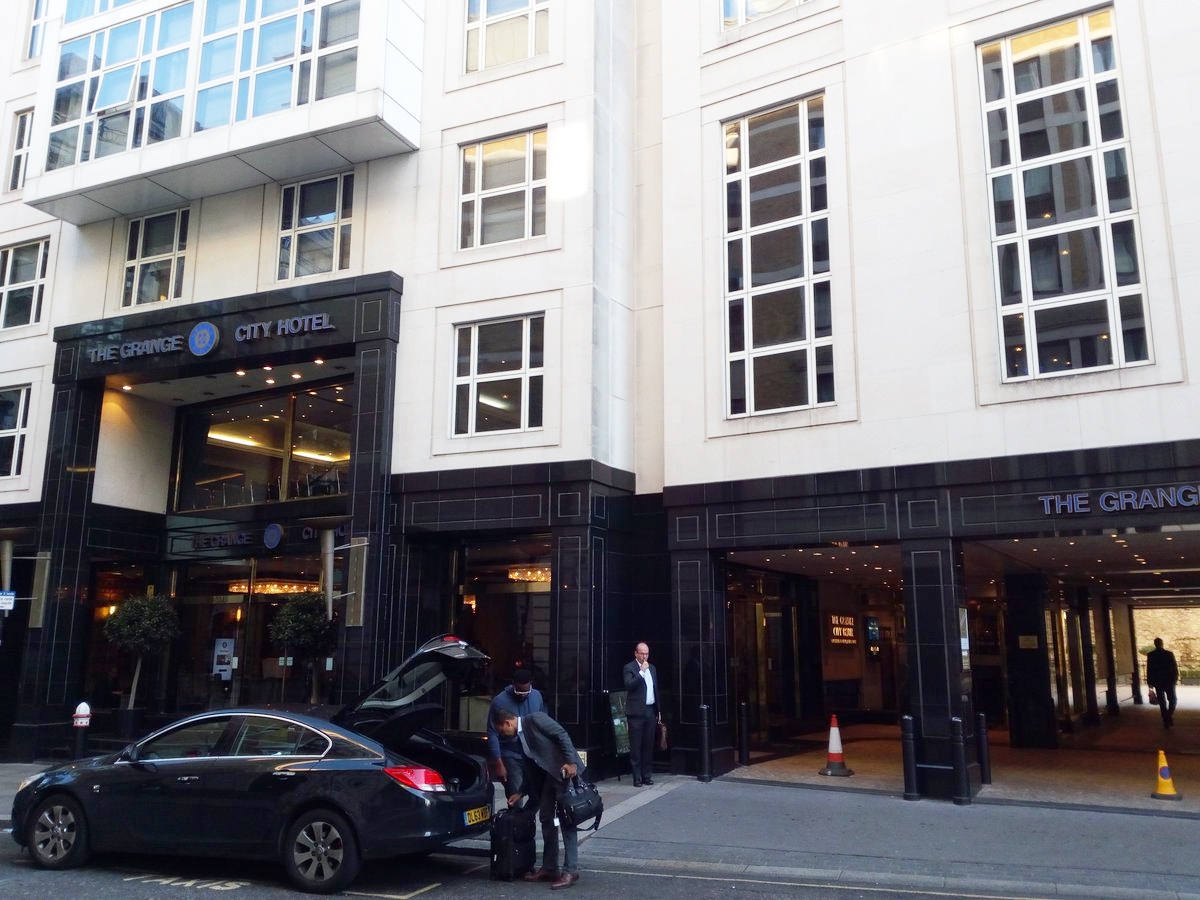 It was full of big name banks (HSBC, Barclays), very few females on the panels (some things never change) and a smattering of newer digital entities (Tandem, Bean).

Charles Green, CEO of RFi Group, looked at the stats to “cut through the noise” in his entertaining presentation. The research was comprehensive – as mentioned above – 10,0000 interviews across ten markets – e.g. UK, US and China.

It will come as no surprise but digital usage as an average is increasing as 63% of consumers use it weekly. For example, in the UK this figure stands at 66% while in Australia it’s at 71%.

In Green’s view there are “marginal gains from digital usage – but this is growing every six months” – so while it’s great for consumers to have it, it’s not everything.

Cast your mind back to the TSB tech debacle in April. He notes that despite the tech trauma, “customers didn’t beat down the door of rival banks” and a “bad digital experience will not drive customers away”. TSB customers whinged but not many moved.

And while the digital love is strong, people still want investment advice or to get a loan at a branch.

Green was also keen to comment on the rise of fintech. There is an increase “but not exponentially – and not as much as VCs would like”.

Now, fintech firms may well channel The Dude from the movie The Big Lebowski and say “Yeah, well, you know, that’s just like, uh, your opinion, man”; but this is all based on RFi’s research. Make of it what you will. And you certainly will. 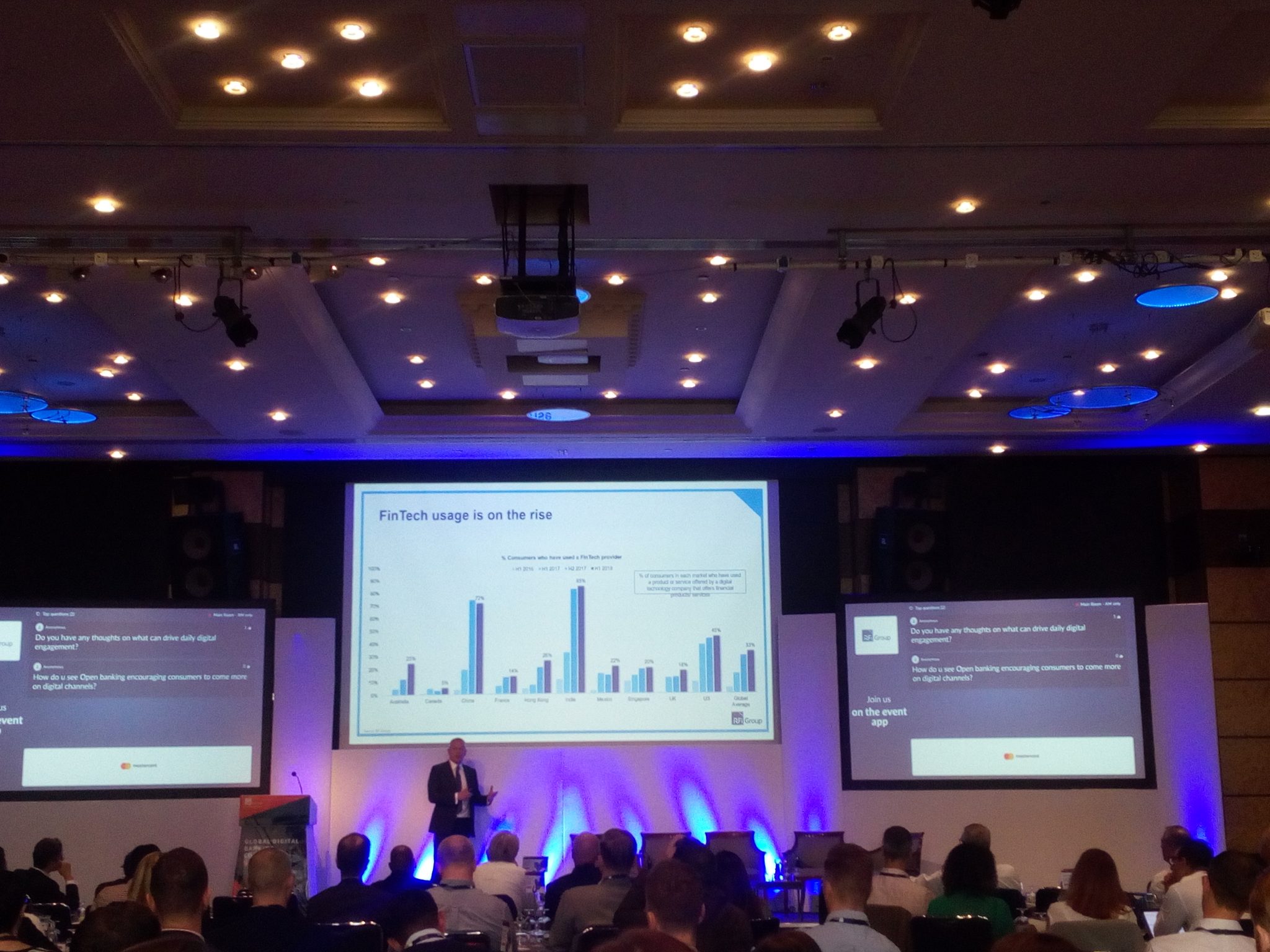 Elsewhere, Green looked at the trust of new providers – and Facebook, Monzo and Atom are not doing well.

The research shows that consumer comfort over the last 12 months with digital only providers is in a “steep decline”.

Green says the figures suggest that banks are still trusted. And yes, I am aware it was a digital banking conference and big names need to be kept happy.

But hang on, that’s not the case in Australia – and Green reckons Rupert Murdoch’s control of the media is to blame for the anti-banking bias. You could counter that with the Royal Commission and the nation’s push to open banking reforms due to the behaviour of the big four banks.

He states that in every age demographic “banks are winning” when it comes to trust. Fintech firms may well be tutting.

However, in the UK, for the 18-24 age group banks do not come out on top for trust. That honour goes to Amazon, PayPal and Visa.

Green’s talk was very good as he was outspoken and spoke at pace. When it comes to open banking, “politicians have patted themselves on the bank but consumers don’t have a clue. It’s not encouraging consumers to move”.

Banks win on customer loyalty due to the number of products on offers. Digital banks only have a “great” customer experience. They have “very evangelical” customers who will talk a lot.

But that’s not enough for the newbies. Plenty to think about – and big banks will be feeling very happy from the power and the glory of Green’s words. 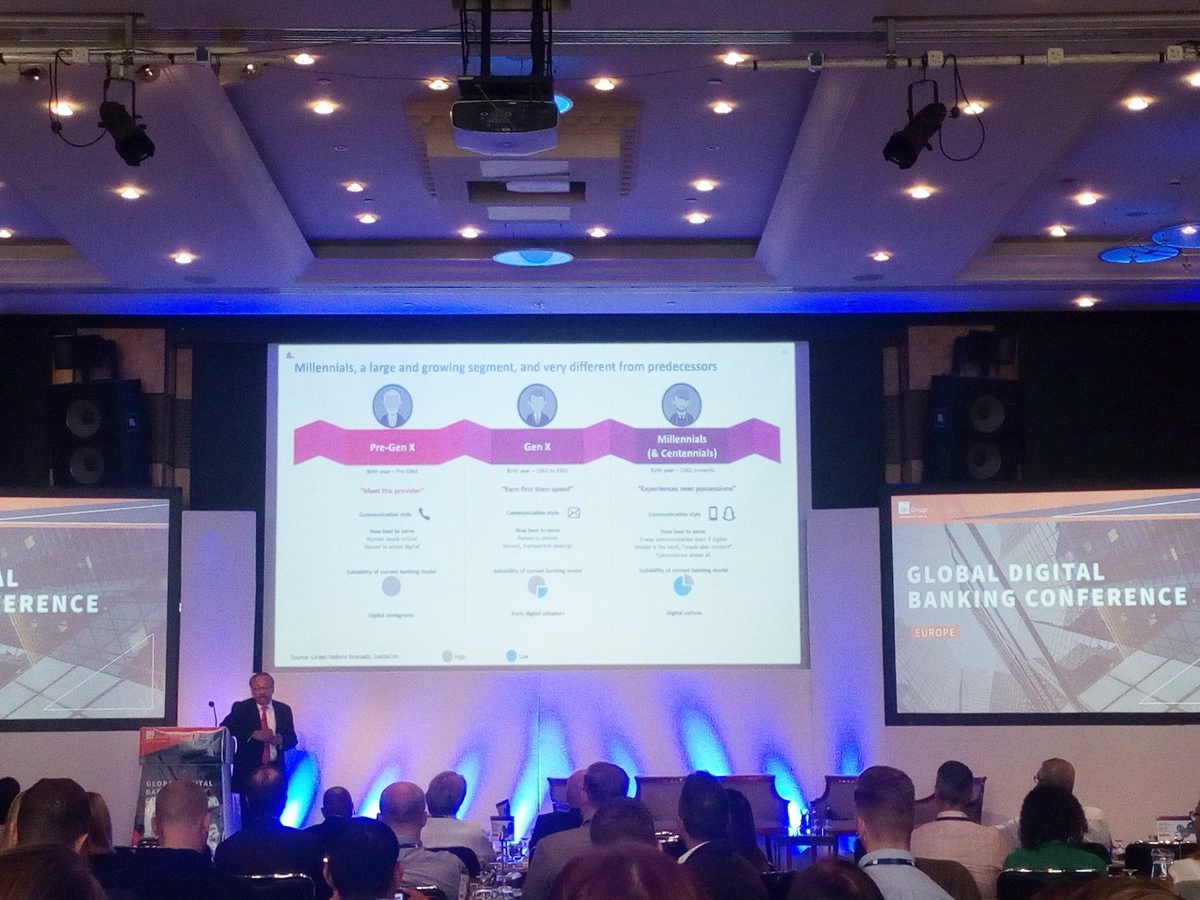 In a presentation by Suvo Sarkar, senior executive vice-president and group head of retail banking and wealth management, Emirates NBD in the UAE; he explained about its trendy banking app Liv.

You can probably picture much of what goes on. Funky website, millennials, and a bank built by non-bankers (t-shirts and jeans of course).

However, while that’s true, Sarkar says the UAE has an 86% smartphone penetration rate, so the app has potential with its millennial approach.

He says millennials in the UAE have a net worth of $24 billion and an annual spend of $16 billion.

As of August 2018, Liv has 125,000 customers, and 82% of those are millennials. In addition, 84% of those customers are new to Emirates NBD. That approach to separate the new from the traditional has worked.

Liv users can open a bank account, earn 2% interest p.a., and get a Visa debit card.

He explains that the bank will look for profit for the app with new products. This echoes what Green said about how a good product range works.

Sarkar says the app should break even in six months’ time. It was launched two years’ ago.

If, or when, that happens, it will be an impressive example of growth and the bank’s strategy.

There will be a second report on this event later today (14 September).