Life is a glitch: more IT outages at banks in UK and Ireland 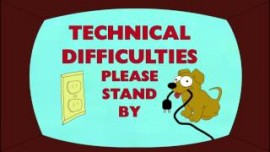 TSB and Ulster Bank are not having a good time with their tech.

TSB, which at the weekend embarked on a major customer data migration from outsourced legacy tech (provided by Lloyds Banking Group) to its own new platform, has suffered major tech issues and public backlash as a result.

Although the bank did say its online and mobile banking would be temporarily unavailable over the weekend, the issues continued into the week and lasted for five days and although most of the systems are now up and running, many issues remain.

The bank’s call centres were flooded with calls, and some customers reported having to wait for over an hour to get through to the phone banking service. The systems in branches were affected too. Business owners said they couldn’t pay salaries or make any other payments, and some people had their direct debits disappearing from the accounts.

Members of Parliament (MPs) are now demanding action and the bank is facing a potential multimillion-pound compensation bill and regulatory fines.

Ulster Bank, a subsidiary of Royal Bank of Scotland (RBS), blamed its IT problems on 25 April on a “human error”. Social media outrage (as expected) saw users complaining about their cards being declined at the stores and salaries disappearing from their accounts.

The Joint Committee on Finance and Public Expenditure (a government entity) has requested Ulster Bank’s senior executives to appear before the committee to explain the situation.

“As a result of human error, a payment file did not process last night, which means that some transactions applied to some customers accounts since 20 April are temporarily not showing,” the bank explains.

“We investigated this issue as a matter of urgency and have already taken the necessary corrective action which will see recovery actions overnight.”

It adds that emergency cash of up to €500 is available in branch or over the phone for customers with the correct identification.