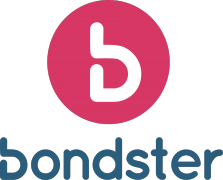 “Breaking the habits of investing”

Leveris itself is a start-up and has roots in the country – its development team was behind the creation of Air Bank in the Czech Republic. Air Bank, now part of the PPF Group, was set up in 2011 to be “the first bank people can like”.

Leveris was founded in 2014 by Conor Fennelly, who is the company’s CEO. It employs 150 people, located in Ireland and the Czech Republic.

The vendor says it has developed a fully integrated, front-to-back office core banking platform, that was built using open standard formats, APIs and protocols. It is aimed at retail banks and lenders.

Bondster was launched in 2017 and is owned by CEP Invest Private Equity. Acema Credit Czech, a major domestic provider of non-bank secured loans, is the company’s main strategic partner (and holds the option to buy a stake in Bondster).

Bondster says it is “breaking the habits of investing”. It operates as a marketplace where loans are offered as investment opportunities to general public and acts as an intermediary between investors and lenders. Loan types may vary and they may be secured or unsecured (e.g. mortgages, leases, consumer loans and so on).

It is now enabling investment in EUR and CZK loans, with Leveris providing the underlying technology.