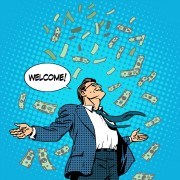 A new core banking software vendor, Leveris, looks to raise €15 million from international venture capital firms, and is working with stockbroker Davy on the transaction.

The fundraising effort is set to be completed in early 2017.

Leveris was set up in 2014 by Conor Fennelly (the company’s CEO). The company says it has 150 people on the payroll, located in Ireland and the Czech Republic.

The technology behind Leveris’ offering stems from a development at Bank of Ireland. Ireland’s “big four” lender was planning a digital bank and started developing the software for it, but the project was subsequently scrapped. The bank concentrated its efforts on a core banking overhaul instead.

Leveris is yet to find its first customer though. The company says it has developed a fully integrated, front-to-back office core banking platform, that was built using open standard formats, APIs and protocols.

It is suitable for retail banks and lenders.

The vendor is casting its net wide, from new challenger banks, to the incumbent players, and also telcos, airlines or retail chains that want to go into consumer banking or lending.