Executive decision making and emergent tech: the opposite of cricket 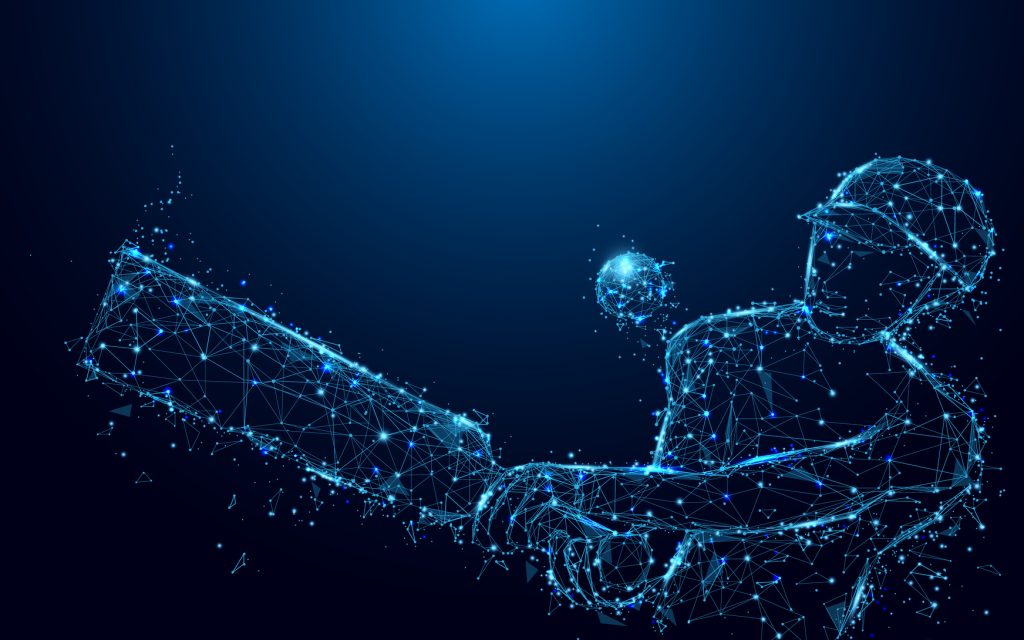 “To really get to the heart of the game all the language is cyclical: you need to understand it to get it.”

How often do you have those meetings that leave you feeling like you ran a marathon? Or like you and the people on the other side of the table were only seemingly speaking the same language? Using words from the same dictionary but not operating to the same lexicon, sounding like you should understand each other but failing miserably to do so?

Usually, we assume it’s because our idea is not yet ripe for acceptance. The business is not ready. Our vision is too bold. Or, more prosaically, our business case is not strong enough, the specifics not quite baked in or, my favourite, the technologies we champion are too disruptive. We go into meetings expecting bemused bafflement, hostility masquerading as common sense and entirely unnecessary objections that we are fully prepared to indulge and entertain in order to bring people “on the journey”. We have been faced with artificial obstacles so often and for so long that we don’t know what life may be like without them. We have been conditioned to entertain these conversations. We have been conditioned to believe they are part of the deal so we don’t wonder why this keeps happening.

Well. Some of us don’t. I still do. And I have decided to blame it all on cricket.

I spent 20 very happy years in England before my latest relocation. There were things about the UK I loved immediately, like scones and clotted cream or the supremely British ability to meet any disaster with an exclamation of “oh dear”. And there were things I grew to understand slowly and love in time, like the immense affection the Brits show each other, via their pets, and the complex etiquette of when it is acceptable to speak to someone on the tube. But no matter how long I spent there and how much I enjoy sitting on the village green on a sunny day, I did not manage to fully appreciate cricket.

And that’s mostly because nobody, and I mean nobody, on planet Krikit can explain Krikit in terms other than… You guessed it. Itself.

You can work out the basics for yourself and people will be able to explain this or that but if you try to really get to the heart of the game all the language is cyclical: you need to understand it to get it.

It’s only frustrating if you truly care to get it which, let’s face it, I don’t. I know how to give people out for acting silly and I can live without the rest, or at least I could until it dawned on me that the reverse of this is playing itself out in meeting rooms up and down the country and the globe. You know that exhausting meeting you just came out of, when you talked at cross purposes? It’s cricket in reverse.

The opposite of cricket

If cricket can only be fully understood by people who already understand it, then the opposite of cricket is an executive who doesn’t know the first thing about how their current digital infrastructure works, wanting to understand everything about distributed ledgers. The business decision makers who want a full presentation on API monetisation complete with architecture diagrams and use cases, who won’t ever ask you what the difference between an API and a web hook is because they’ve never heard of a web hook. If you make the mistake of using it as a way of highlighting that the granularity they are demanding is unevenly focused and thus unhelpful, you leave yourself open of having to do another presentation tomorrow, this time on web hooks. And you will have to make it sufficiently different to the API one. And you will be asked the same questions about data confidentiality and cybersecurity.

And all you will want to do is cry.

But instead think of cricket.

They want to know everything about how things change without knowing anything about how they are. And we are normalising this charade by participating in the meetings, explaining and indulging, taking them on a journey they are simply not equipped for.

It is a rarely lamented fact: precious time and energy is spent on making emergent tech understood, accessible and less scary to executives. But do me a favour. Go in one day and describe how your institution’s core banking systems currently work, without referencing any vendors or system pet names that decision makers may be familiar with. Just present the existing infrastructure as if it were a proposal for something new. And make sure IT are in on the joke or out of the room. Please. Just do it. Say it’s new. And then talk them through what is already deployed and humming away in innocent looking servers somewhere in the bowels of your organisation.

And watch your decision makers ask you the same questions in the same “you are taking things too far” manner. And then come talk to me about cricket.

Why were they happier not knowing how things worked before and now they want to know excruciating detail they don’t understand?

If you are young and think that they trusted their old IT guard more than they trust you, think again. They didn’t trust the old techies – although admittedly they found them a little less baffling. I was the person standing between the business and dev team in the olden days and I am still there now. They didn’t trust us then, they don’t trust, or like us, now.

As you were on that.

But in the olden days, pre digital, pre innovation, before disintermediation and platform economics muscled their way into the boardroom, the tech teams knew our place.

Both in the building – basement – and in the hierarchy – you get to build after the business gets to decide. And when they are deciding, you are emphatically not in the room.

They didn’t trust our knowledge or opinion any more than they do now, they just trusted us to know our place.

What has changed is not the trust, it is us. We don’t build what we are told. We bring technology that changes the business and demands new revenue models first and then new behavioural principles. New market positioning and before you know it a whole new language of morality in the workplace.

Of course they want to understand everything now, when they didn’t before. We have changed the rules of the game when they weren’t looking. They turned up for cricket and found horses on the pitch and although they are trying to act normal they are still mostly wondering how this happened.

So when you have those exhausting meetings think of cricket.

You have changed the conversation: you have brought horses onto the pitch. Your decision makers are trying to get themselves back to a game they recognise but it’s too late for that, you’ve changed it already. Do them a favour and show them how the new game is played: stop indulging the phantasy that you can take them from a place of no knowledge to a place of secret knowledge in the space of one meeting. If they want to learn, they should put in the effort. If they don’t want to learn they should pass the controls to people who do. It’s time to play, the horses are getting restless.