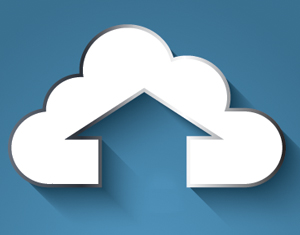 Financial network BT Radianz has added Volante Technologies’ tools to the BT Radianz Cloud, in a move the two firms say will improve the reliability of clearing, settlement and payment transaction processing while cutting costs.

Historically, organisations conducting high-value transactions often have to use different message standards for each market in which they operate. Previously, this involved maintaining separate systems for each message format.  The Volante tools and applications — which include Volante Designer and the VolPay suite of payments processing products — are intended to simplify this process as they can translate any type of financial message between different standards.

This cuts costs while reducing the risk of error and failure associated with transferring messages from one system to another. It also allows organisations to communicate in multiple formats by translating each message associated with a transaction into the format used by the receiving organisation. This should help organisations to quickly set up new payment channels when they want to connect to a new counterparty.

The Volante software supports over 330 proprietary, legacy and standards-based message types and transformations, including ISO 20022, FIX Protocol and FpML. The software automatically updates when changes are made to industry standards.

“The combination of Volante Technologies’ software and BT Radianz Messaging services will help firms deal with the diverse, complex and ever-expanding mass of data message formats, standards and protocols generated throughout the life-cycle of every financial transaction,” said Vijay Oddiraju, chief executive of Volante Technologies. “This helps to keep customers abreast of developments in the market and removes the burden of updating systems. We look forward to working with BT to help our clients reduce cost and risk by improving their straight-through-processing rates and increasing operational efficiency and business agility.”

“It is a great example of what we at BT call a Cloud of Clouds approach — allowing our customers around the world to connect easily and securely to the data centres, applications and data they need, independently of where they are hosted,” said Ashish Gupta, president, UK corporate and global banking & financial markets, BT Global Services.