Why security strategies must adapt to the retail banking revolution 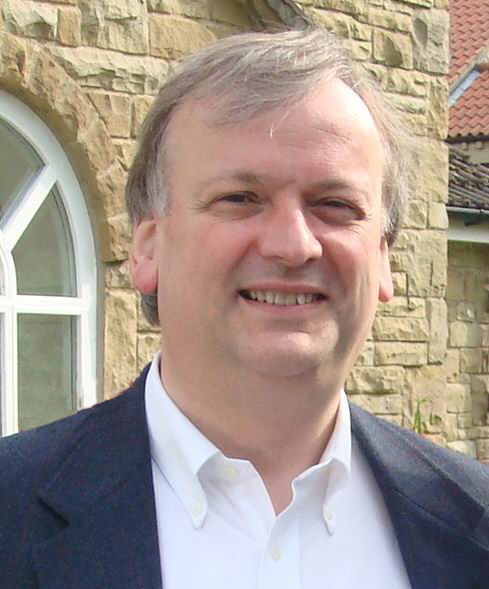 A study of 4,000 North Americans released earlier this year by Accenture will have sent a chill down the spines of retail banks everywhere. It revealed that a quarter to a third of young consumers between the ages of 18 and 34 would be comfortable entrusting their savings to companies like Apple, T-Mobile, Google or Walmart, versus a high street bank.

Worse, the same study revealed that 40% of consumers would be happy to deposit money in a company with no physical bank network. It begs the question, how can retail banks leverage their bricks and mortar presence effectively to deliver a competitive advantage? writes James Somerville-Smith.

Retail banks need only look to their beleaguered retail counterparts for inspiration. Argos, a company that just posted excellent full year results, launched its first of six ‘digital stores’ in Old Street, East London, at the end of 2013 boasting voice-activated computer systems, iPads, free wi-fi and digital screens designed to entice customers in for a real experience. It is a path already trodden by Apple – considered by many as the gold standard of the in-store consumer experience – and a path that retail banks must surely follow too.

Indeed, some banks are stepping up to the plate. This year NatWest opened a new London branch in Bishopsgate, and boasts iPads for internet banking. Last year, it removed the traditional counter in order to break down the physical barrier between staff and customers. Barclays and HSBC are now offering free wi-fi for its customers and, at the turn of the year, announced it was opening eight branches in Asda grocery stores across England offering late night and seven-days-a-week banking. In short, retail banking is embracing technology, experimenting with difference shapes and spaces and trying to flex its services to the demands of the modern world.

While this shift is certainly welcome, there is one additional challenge that retail banks must quickly wake up to; their changing security requirements. Although the vast majority of retail banks have traditionally invested heavily in security infrastructure in order to protect their employees and assets against harm and theft, the changing use of space in-store means surveillance and alarm systems must also evolve in tandem.

As noted, banks like Barclays and NatWest are adopting iPads and other tablet devices in order to improve the customer experience. Admirable though it is to offer customers access to the beautiful tablet interface while banking, it does make these premises a much more attractive target for thieves. For example, who ensures that the iPad put to one side by employee member of staff helping a customer isn’t swiftly snatched by an opportunistic thief? Although evolving the branch environment in tandem with emerging technology is essential for retail banks, it also presents some significant dilemmas when it comes to protecting its newly acquired – and expensive – digital assets.

Brighter, modern, more dynamic banks are much more welcoming and enticing for an increasing number of prospective customers, but they also present challenges for the security team. In many organisations, the location of security cameras and alarm setting procedures haven’t changed for years, even decades. Traditionally cameras were pointed at the cashiers behind their glass screens, and at ATMs inside the bank, now the classic, time-honoured security procedures need to be updated: as more and more staff are out on the floor welcoming customers, how do banks ensure that they are protected from, say, an attack from a disaffected customer? How do banks moving into supermarket spaces ensure that the security systems can accommodate their unique challenges?

As store layout changes, one area that retail banks must start to focus on is video analytics to monitor the movements of customers and staff in a store environment, and alert the security team to behaviour that deviates from the standard consumer or staff member. An example might be a person who is spending a significant amount of time ‘lurking’ around an area; this could indicate a potential theft risk or vandalism to be explored.

There is also a compelling argument for stores to invest in higher-specification cameras in order to better pinpoint the perpetrators of theft. Nothing deters would-be thieves better than a track record of identifying, finding and prosecuting individuals who have stolen from the premises. In order to aid police in their investigations and – crucially – provide evidence that stands up in court, higher image quality is important. Further, in spaces that are busy with people moving around more dynamically than a traditional store, greater camera image pixels increase the probability of accurately spotting and easily identifying a thief.

The changing layout of stores and embracing technology are important parts of the high-street banks’ efforts to maintain profitability and turn bricks and mortar into an asset rather than a cost. This thoughtful and intelligent use of branches to entice, surprise and delight customers is to be encouraged. However, there are security challenges that mustn’t be ignored in the process. If banks revolutionise how their space is used, it follows that thieves will identify new and innovative ways of stealing. Security teams must invest in video analytics, superior surveillance technology and wireless alarm systems in order to safeguard their customers, employees and assets in the changing world of retail banking.