Why banks need to branch out into the cloud 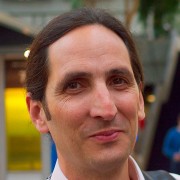 Gartner predicts that more than 60% of banks worldwide will turn to the cloud by 2016 as they realise that it is more cost-effective for handling big data than legacy IT. But despite the well-known benefits of cloud computing, 75% of banks in Europe are using outdated core banking systems.

This isn’t too surprising though when you consider that the financial sector’s first wave of computerisation was in the 1960s and is the backbone of many operations. However, some banks – such as Suncorp, which plans to transfer all of its 2,000 applications to the cloud – have shown that legacy IT shouldn’t be an obstacle. So why are some banking institutions slower to adopt than others? asks Len Padilla.

One of the biggest obstacles that banks face when moving to the cloud is mind-set. The perceived complexity of the transition is stopping many. According to NTT Communications’ Growing Pains in the Cloud research, 71% of financial services CIOs said they would adopt cloud if their legacy IT was less complex, with more than half (62%) stating that this complexity was the main barrier to adopting the cloud, compared to an average of 58% from other sectors like media, leisure, retail, IT and telecoms.

The problem with this reluctance is that some banks are simply keeping old legacy systems trudging along rather than improving their IT. It is a common notion that many businesses face an 80/20 budget split, meaning 80% of IT budgets are devoted to running and maintaining incumbent systems, leaving just 20% for innovation. The director of the Bank of England has actually stated that big banks spend 70-80% of their IT budgets on maintaining legacy, rather than investing on new technology. Since many banking glitches are now making headline news, this notion is especially pertinent and highlights this model just isn’t working. The IT breakdowns at RBS and Natwest are brazen signals that outdated and patched IT systems are just not effective.

Many banks and financial institutions are governed by regulations which mean they have to keep mission critical applications and customer data on premise. As a solution to slow legacy systems, however, banks could consider consolidating their existing systems and move mission critical processes into a private cloud and shared services, such as HR, into a public cloud.

We are starting to see hints of banks progressing towards the cloud in this sector. Around 30% of financial services CIOs aim to make the transition to the cloud by 2014 and 45% by 2015, according to our research. For a sector that has used IT systems for almost half a century, this is a positive outlook for the future of cloud computing in banking, but now we need to see these plans turn into practice.

Migration to the cloud from a pure legacy IT system would seem like a daunting task for any CIO. This is especially true since many banks have undergone acquisitive and organic growth, leading to the presence of massive, disparate legacy estates. However, the new and the old can work in harmony. Moving infrastructure and applications won’t happen in one easy step and such projects can differ greatly depending on the size and requirements of the company.

Some providers are ready and want to help; all that is needed is for banks to embrace the cloud as a strategic platform for their business engine. This is exactly what Suncorp plans to do. It has made the bold decision to move everything, with Jeff Smith, the CIO, citing ‘the broader your vision, the clearer your purpose’. Barclays and Deutsche Bank have moved some of their functions into private clouds and such examples should indicate to banking CIOs that cloud is being taken seriously.

CIOs in the financial world, are like other CIOs, looking for cloud solutions suitable for the ‘real world’, not for some imaginary, idealised greenfield institution. A version of cloud that gives the advantages of scales and saving whilst appreciating the compliance, complexity and cost involved with large legacy IT estate? These solutions need to marry old, existing, legacy systems with new applications, and feed data through the business in a variety of different ways. Legacy IT systems can move into the cloud seamlessly, with the help of the right cloud provider.

The question of cloud computing won’t be whether CIOs should adopt cloud but how and when. The cloud migration project will be a long one, possibly many years, and there will be great benefits realised along the way.