Canadian growth capital firm Clearco’s CEO and co-founder Michele Romanow has stepped down from her role less than a year after being appointed, according to media reports. 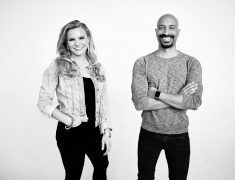 Romanow will transition to the role of executive co-chair and remain on the company’s board, with Andrew Curtis, who has recently been working in an advisory capacity for Clearco, replacing her as CEO.

TechCrunch reports that the Toronto-based company is also laying off 30% of its workforce across all its teams, just five months after it cut 125 jobs due to “significant” economic headwinds. The latest round of layoffs brings Clearco’s approximate headcount down to 140 from 500 last year.

“We don’t ever lie, we are under the same pressures as every other company to become a profitable business. And so we’ve just continued to make the hard decisions and continue to be ahead of the curve,” Romanow tells TechCrunch.

In October last year, the fintech raised $30 million from its founders and existing investors. Before that, in July 2021, Clearco raised $215 million in a Series C funding round led by SoftBank’s Vision Fund 2 at a valuation of $2 billion.