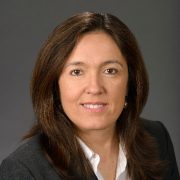 Urroz will start her new role in December. She joins the firm from Amazon, where she has worked as VP of finance since 2019 covering verticals including robotics and automation, real estate and product and customer assurance.

Prior to Amazon, she served as finance director for technology and group functions for Vodafone in the UK between 2017 and 2019.

Urroz also spent two years as VP finance international operations at Brand Energy and Infrastructure Services following a 15-year stint at General Electric, where she held a number of finance and auditing positions in the UK, Italy, USA and Spain.

PagoNxt develops and operates all of Santander’s payments businesses for merchants, corporates, SMEs and consumers. The company reported revenues of €655 million over the first nine months of 2022.