Madrid-based PagoNxt, the payments fintech run by Banco Santander, has appointed Kush Saxena as CEO of PagoNxt Merchant Solutions, a newly created role in the company. 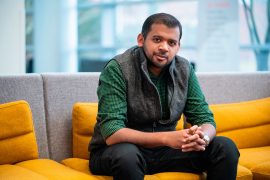 Saxena will join PagoNxt Merchant Solutions in mid-June following his stint at Mastercard, where he served as executive vice president of US merchants and acceptance.

In that role, he managed US merchants, acquirers, pricing and interchange, as well as serving on the company’s management committee.

PagoNxt has developed a cloud-based acquiring platform to support all of Santander’s acquiring business clients across the world.

Formed in 2020, PagoNxt operates as an autonomous fintech company developing and operating all of Santander’s payments businesses.

Headquartered in Spain and with a presence in 13 countries, PagoNxt claims to service over 1.2 million merchants and 300,000 international SMEs and corporates.