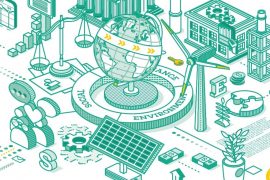 In addition to XBRL International, the EDM Council, Capitals Coalition, and Children’s Investment Fund Foundation (CIFF) were named as partners in the initiative. The initiative partners believe the DSD Lab will revolutionise global environmental, social, and governance (ESG) reporting. The announcement comes in the wake of the 2021 establishment of the International Sustainability Standards Board (ISSB), which aims to create a unified standard for climate disclosures to shareholders.

The aim of the DSD Lab’s standardisation efforts is to counteract greenwashing, which involves companies putting more effort into the appearance of being sustainable than in actually being sustainable. Methods include the purchase of Renewable Energy Certificates (RECs), which allow companies to claim the electricity they have purchased is green, without needing to actually invest in the proliferation of renewable energy.

The history of ESG principles and their reporting criteria can be complicated, but in short, the term was first used by the United Nations in a 2006 Principles for Responsible Investment (PRI) report. This report helped to establish the sustainable investment marketplace, which is now valued at over $30 trillion. The criteria for ESG reporting can be, in XBRL International CEO John Turner’s words, an “alphabet soup of different standards,” and, more importantly, said reporting was voluntary.

However, in an interview with FinTech Futures, Turner says: “The big change that’s coming in many parts of the world… is mandatory corporate reporting. In other words, instead of this being a voluntary exercise and kind of a communications exercise, it becomes something that the company must produce, and it would appear, although none of this legislation is yet finalised, that in a significant number of countries, that information is going to need to be comparable, audited, and digital.”

And climate disclosure can be expensive. In a 2022 climate reporting proposal, the SEC estimated that said proposal would cost affected companies a total of $10.2 billion. However, standardisation efforts might help to lower this steep figure.

This is where XBRL International comes in. The nonprofit organisation maintains the standards for the eXtensible Business Reporting Language (XBRL), which is a freely available framework designed to streamline exchange of information in business reporting. The language is based on Extensible Markup Language (XML) and uses its syntax. According to Turner, the standard is used in over 70 countries, and like these potentially mandatory climate disclosure reports, XBRL is designed to be comparable, audited, and digital. What companies report using XBRL doesn’t really matter to XBRL International. In Turner’s words: “We’re looking after the plumbing.”

In a press release announcing the formation of the DSD Lab, Turner says: “New climate and ESG reporting mandates across the world are an unrivaled lever for change.” 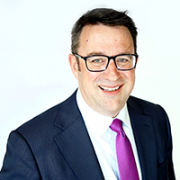 When asked how these untested mandates are already unrivaled levers for change, Turner responds:

“So if you think about the fact that these different approaches to the provision of information about climate change have been voluntary, they haven’t been reviewed by an independent third party, and they’ve been scattered across the world on an awful lot of paper documents… These mandates are imposing comparability and quality that arguably doesn’t exist today.

“External review, consistent standards, processes, and controls inside companies mean this information should be much better than information being provided in the past. It’s much more like the regulated financial disclosures that companies make than the communications documents that people have been making about their sustainability activities in the past.

“So, providing a range of consistent information which lets investors make decisions, which lets policy makers make decisions, and lets consumers make decisions, creates literally a lever that people can utilise to change behaviors, and this process of creating a transition away from fossil fuels is a huge challenge, but in terms of policy levers that governments can impose on the private sector, it’s a pretty intelligent one.”

“This is one of those things where until people are staring into the face [of climate change] and seeing what’s happening in their own communities and their countries and neighbouring countries, they have been loath to make changes. The reality of this, the science of this, and the certainty of this is much clearer than it was 60 years ago obviously, and perhaps, it’s just that level of clarity that has been required to get the policy makers to address this.”

Turner’s reasoning in both the above quotes is in line with common discourse on climate change, particularly this idea of creating political levers to essentially convince the world’s companies to move away from fossil fuel use, which accounts for 65% of all greenhouse emissions worldwide according to the EPA.

However, this commonly used reasoning often, whether intentionally or not, abstracts the reality of the situation. It takes the very real participants of climate change, major companies run by individual human beings, and turns them into monolithic, faceless titans that must be sufficiently appeased so they do not further accelerate the increasingly harmful effects of climate change on the world.