Ping, a global payment platform for freelancers and contractors, has secured $15 million in a seed funding round. 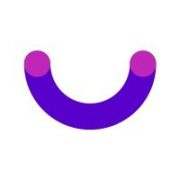 Ping will utilise the funds to expand its platform and make team hires. It will also allow users to be able to get paid in dollars or crypto from anywhere in the world, and offramp salaries in local currencies in an “efficient and cost-effective way”.

Founded this year, Ping was originally created to tackle payment challenges in Latin America, but has now shifted focus to international payments for remote workers, contractors and freelancers.

The round was led by Mendon Venture Partners, with participation from Acronym VC, Sierra Ventures and banks including FNBO.

Operational since 2018, Agent IQ develops digital platforms to help clients deepen their customer relationships, improve customer satisfaction and boost service efficiencies. It claims its solutions lead to an increase in profitability and reduction in costs.

With a focus on the retail and commercial banking market, Agent IQ uses AI-led digital engagement platform Lynq with features such as messaging, translations into 100 languages, video chat and real-time insights.

The firm intends to use the capital to develop and improve its platform and services.

New paytech start-up Atlar has raised €5 million in a seed round led by Index Ventures. Participants in the round include La Famiglia VC, Cocoa VC and a number of angel investors. 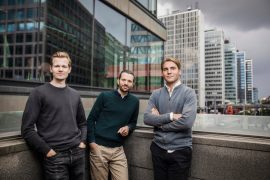 Atlar’s platform allows businesses to connect via an API to their banks, through which businesses can automate all their payments including initiating transfers, reconciling transactions and handling direct debits.

“This reduces the labour demanded to maintain money flows and business records; in turn, that means payments don’t get skipped and man-hours are freed up for more consequential and strategic work,” Atlar says.

Founded this year, Stockholm-based Atlar already claims to have onboarded customers onto its platform. Some of them include Lassie, an insurance company, Mynt, a payments company, and Banxware, a German fintech lender.

UK-based mobile paytech KodyPay has secured $5 million (£4.4 million) in a pre-Series A funding round. The company last raised $3.3 million in July 2021.

With the new capital, KodyPay plans on hiring talent and expanding its team, along with developing new features for its platform such as embedded finance, loyalty programmes and improved data and analytics.

Founded in 2018, KodyPay launched its public beta in July this year and claims to have seen “significant” growth with gross payment volumes exceeding £100 million at an annualised basis, increasing at an average of 90% month on month.

It claims to have signed up 500 venues in the UK and expects the growth to continue into the next year.

Moroccan fintech start-up Wafr has raised $120,000 in funding from First Circle Capital at a valuation of over $10 million.

With the new funding, Wafr aims to onboard more customers onto its platform with a goal of reaching 50,000 partners in the next six months.

Wafr raised $455,000 in June in a round led by Launch Africa Ventures, First Circle Capital, WeLoveBuzz, with participation from angel investors, and raised $278,000 in April.