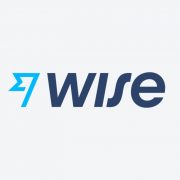 The syndicated debt facility was arranged and led by Silicon Valley Bank UK with six other banks also participating.

Wise, originally TransferWise, was launched in 2011 to allow people and businesses to move money across borders. Currently, it allows individuals and business customers, including banks and large companies, to hold over 50 currencies, move money between countries and spend money abroad.

Matt Briers, chief financial officer at Wise, says the new facility led by Silicon Valley Bank UK “will offer us flexible and efficient access to working capital” as it looks to invest in the development and improvement of its payments services.

In July 2021, Wise debuted on the London Stock Exchange (LSE) at a valuation of £8.75 billion, the largest listing in history for a UK tech firm.