Manchester-based neobank Bank North is winding down its operations with immediate effect after failing to raise the funds needed for a full banking licence from the Bank of England. 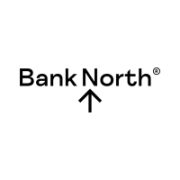 In a letter to the bank’s shareholders, board chair Ron Emerson stated the firm had failed to secure funding within the required timeframe as it looked to become a fully regulated bank.

The company was founded in 2018 and initially operated as a lender for small businesses in the UK. It went crowdfunding in November 2021 following a £24 million Series A earlier that year.

Writing on LinkedIn, Bank North co-founder Richard Baker, who left day-to-day operations last year but remained a shareholder, says: “Many of us had put our heart and soul into making Bank North the success it was – a specialist lender to support UK SMEs.

“The inability to raise further investment is a disappointment, albeit not unexpected given previous fundraising challenges along with the gathering uncertainty in investment markets.”

Baker additionally cites the failure to launch its savings business to UK customers despite having a restricted banking licence as “a further disappointment to its outsourced service providers”.

The challenger bank intends to “sell its loan book” and transfer “about a third of its headcount” as part of its wind down, Baker adds.