Sibos 2022: How HSBC wants to power the Web3 economy

Why does a large global security company invest in the metaverse? “This is one of the questions we ask ourselves very often,” says Catherine Zhou, global head of ventures, digital innovation and partnerships at HSBC, as she takes to the stage at Sibos 2022 for “Spotlight on Digital Value: Conquering the metaverse” at Swift’s Innotribe stage. 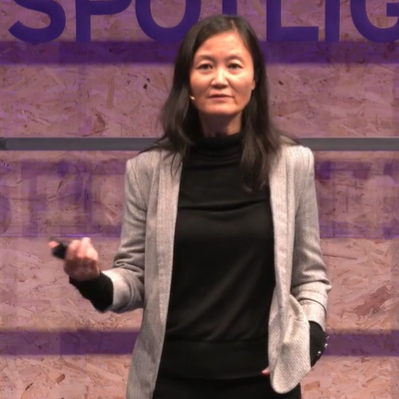 As one of the largest global banks in the world, number six in fact, HSBC works with central governments to create monetary policies and, in Hong Kong, prints the Hong Kong dollar. “So, why the heck do we think about the metaverse?”

For HSBC, approaching the metaverse seriously is about laying the groundwork for that distant temporal horizon when the metaverse is here, ready to maximise the opportunities and mitigate the risks.

Zhou says the past two years have “literally thrown all of us into the metaverse” and the metaverse isn’t just 3D. “Our definition is really the convergence of the digital and the physical world”, which means all those Zoom calls we’ve been having during the pandemic are part of the metaverse too.

“We just don’t look at one thing at a time, we look at the entire ecosystem,” Zhou says, outlining the themes that HSBC is making long bets on: quantum computing, digital wallets, virtualisation, automation and tokenisation.

The foundation on which these themes and the metaverse itself rests on is Web3. “And by Web3, we don’t really mean crypto. Web3 is about the user controlling their own data, their own identity, where they want to be and how they create value”. This user-centric approach is what the five long bets pivot on.

“The rise of the customer owning their own identity is one of the major trends that’s going to come at us at a much faster speed,” Zhou believes.

A new dawn for banks

Intriguingly, Zhou believes that Web3 and the metaverse will put more of people’s money in their digital wallets, taking it from banks. This change will see banks assume new roles, a new purpose outside of holding and lending money in a safe and secure manner.

But first the online, open permissionless blockchain environments must be cleansed of bots, Zhou says, and fashioned into something less wild.

OpenSea, one of the most popular metaverses, hosts 70% of traffic which is “fake, fraudulent plagiarism but that’s going to be over in three to five years”, Zhou believes. “We know the technology adoption curve goes from ten to 15 years and we’re about four years into that particular cycle.”

Once the introduction of permission-based rules ushers in regulations, “guess what’s going to happen in the Web3 environment? Everyone can do what the bank does, once the technology is more mature.”

Zhou says HSBC will be instrumental in implementing rules that will create more trust, more transparency on these permissionless infrastructures so that more people can feel comfortable using them.

“We firmly believe the tokenised technologies and their associated economies are here to stay,” Zhou adds.

“We want to be the ecosystem platform provider to power up the Web3 economy rather than compete with that economy.”