Jupiter Fund Management is reportedly in talks to sell its stake in Starling Bank, according to Sky News. 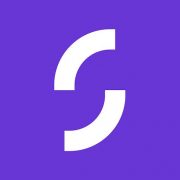 Jupiter looks to sell its 10% stake in Starling Bank

The UK-based asset manager owns a stake of approximately 10% in the challenger. According to the report, that share is worth over £200 million, which Jupiter may have to sell at a discount.

Sky News adds that the sale does not include the nearly 10% stake held by investment trust Chrysalis, which is managed by Jupiter’s fund managers Richard Watts and Nick Williamson.

In April this year, the UK challenger bank raised £130.5 million in funding at a valuation of £2.5 billion.

Starling also withdrew its application for an Irish banking licence in July in a rethink of its global expansion strategy.

The company had already completed the first phase of its licence application with the Central Bank of Ireland but determined the move is “no longer a top priority”.

Here’s our pick of five of the top news stories from the world of #finance and #tech this week.... fintechfutures.com/2022/10/fintec…