UK challenger Starling Bank has completed an internal fundraise of £130.5 million at a pre-money valuation of more than £2.5 billion. 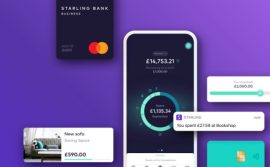 The firm will use the new funds to continue its growth and also plans to “build a war chest for acquisitions”.

“We are looking at a number of potential targets,” says a spokesperson.

The neobank last raised £50 million in April 2021 in a round led by Goldman Sachs. The funding was an extension of the bank’s £272 million Series D funding round, which it secured in March 2021 alongside a pre-money valuation of £1.1 billion.