Financial crime continues to reach new heights across the globe. 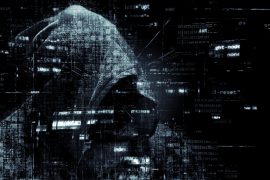 Fintech is leading the counterattack in the war against fraud

The Justice Committee revealed that fraudsters scammed consumers out of a record £1.3 billion in the UK alone last year. This enormous sum is the result of fraud’s many guises as well as its wide range of targets, which includes everyone from individuals to businesses and governments.

Fraud has seen enormous growth, particularly in recent years. Owing to a difficult economic climate and the transition to digital banking throughout the Covid-19 pandemic, by midway through 2021, online fraud saw a rise of 285% compared to the previous year.

In part, its prominence has been driven by explosive growth in the fintech sector more generally. By delivering efficient and seamless customer experiences, rapid decision-making and fast payment processes, all while lowering costs, the fintech sector has shown rapid expansion.

Although these developments are hugely important for the financial services (FS) industry at large, innovation does not come without concern. In today’s climate, fraudsters are taking advantage of the digital transition and attempting to leverage evolving technology to their advantage.

The growing threat of fraud

The simple truth about fraudsters is that they’re often incredibly gifted liars. They’re adept at developing social engineering scams, sometimes known as imposter scams, in which they slowly build trust with an unsuspecting victim to later trick them into revealing sensitive information. Fraudsters using these methods tend to target people on an individual basis, but these scams can come in many shapes and sizes.

I’m sure you’ll have received at least one cold call about the non-existent car accident you’ve had or an email from a faraway prince who needs you to send him some money. While these are obvious scams and we can all laugh about them, there is a growing trend toward more sophisticated and pernicious scams which reel victims in over a long period of time, resulting in devastating losses for victims.

If these scams weren’t concerning enough on their own, schemes that pursue multiple targets at once on a much larger scale are also becoming increasingly prevalent. Many of us have already seen first-hand how powerful these efforts can be – during the pandemic, fraudsters claiming to be the NHS targeted thousands via SMS, directing them to unsafe websites with the objective of obtaining sensitive information.

In this vein, advanced bot attacks are capable of achieving a similar reach. Bots are small pieces of software that automate web requests. In the right hands, they’re extremely useful, but when deployed for nefarious means the consequences become dire. As bots can facilitate hacking, they can be used to execute attacks against web applications or APIs to steal data or sensitive information remotely. One of the most common bot attacks is web scraping, wherein data is scanned and copied from other websites, allowing the hacker to obtain personal details and sensitive information. Bots disguise themselves as harmless add-ons, meaning that victims rarely know they’ve been targeted until it’s too late.

This deadly skill set makes bots, alongside data breaches and imposter scams, one of the most common culprits of identity fraud across the globe. Once security information has been obtained, fraudsters can quickly gain control of their victim’s accounts or create new ones in their name. This can lead to people taking out loans only to find the money has been transferred into a criminal’s account or to find their life savings removed, resulting in harrowing consequences for the victim.

No consumer is safe from fraud

Clearly, all consumers are becoming increasingly vulnerable to these instances of fraud as technology progresses. Of course, certain stereotypes exist about the demographics that fraudsters target, but recent trends suggest that today, everybody is vulnerable.

For example, elderly customers remain a key target for fraudsters, with those over the age of 60 accounting for 40% of the victims of financial crime. However, young people are increasingly being targeted, particularly through fake apps and laundering schemes. Looking to the future, with the metaverse promising to blur the lines between the digital and physical even further, our exposure to such risks will become greater.

In a digital world where interactions feel as real and authentic as in real life, the ability of fraudsters to present themselves as genuine with real opportunities will multiply. As we emerge into this new reality, we must strengthen our online vigilance.

While these trends make for grim reading, people should be assured that fintech is leading the counterattack in the war against fraud. These organisations have already solidified their place in the market due to their efficiency and ability to serve customer needs, but today, their goals are not limited to these objectives alone. Any good financial institution knows that its ability to grow a customer’s money is second only to its ability to keep hold of it. These motivations are leading fintechs to develop robust defence systems to tackle new fraud typologies.

When it comes to identifying bogus accounts, entity resolution offers a promising solution. This technique, which analyses data scattered across a vast array of systems, can determine whether accounts are unique, equipping institutions with a complete view of their data. The end-result is that firms can clamp down on fraud and credit risk cases and boost the accuracy of their decision-making.

Another key to victory lies in better use of data and more sophisticated machine learning, with AI being one of the most promising endeavours. AI systems are programmed to identify suspicious activity and learn from previous breaches, making it much more difficult for criminals to deploy the same practices twice. These technologies are crucial when it comes to recognising and adapting to new methods of financial crime and preventing them in the future as tactics change.

Similarly, link analysis is a technique used to detect and assess potential connections between data sets to determine that everything ‘adds up’ in a consumer’s financial profile – in other words, this means that any suspicious activity can be quickly nipped in the bud. This allows financial institutions to identify outliers, such as a piece of data or transaction that isn’t quite in keeping with the customer’s overall financial behaviour. While this can lead to some frustrating instances where your card doesn’t work abroad, or a large transaction is declined, in today’s digital ecosystem, these issues can be resolved in minutes. More importantly, they are in place to protect consumers.

The journey so far

While not all institutions will have access to newer and more novel techniques, most financial institutions and companies offering financial products are sharpening their tools and investing in new technologies to fight fraud.

One method that is already helping customers directly is multi-factor authentication – the system in place when a user attempts to log into an app or a website and is required to enter a code received by text or open a sister application to verify their action. Many organisations are beginning to adopt this technology, and while consumers may find it frustrating at times, they are an invaluable asset in protecting individuals’ accounts. By requiring hackers or fraudsters to have access or control to at least two different pieces of sensitive information, they greatly reduce the risk of an unauthorised person gaining access to an account.

So, is fraud outpacing fintech? As more organisations equip themselves with solutions like these, I believe the answer is a resounding no. While there are certainly challenges ahead and the growth of financial crime should give us all pause, the adoption of novel technologies and new approaches demonstrates that the safety of customer finances remains fintech’s top priority.

Prior to joining Chetwood, he served as principal consultant, financial services at Capco and was also previously senior manager, digital banking propositions at Lloyds Banking Group.