A witch hunt after all

And just like that, the pride flags vanish from corporate logos. 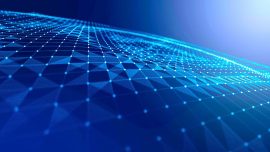 Championing diversity and inclusion should be everyone’s responsibility

We all saw them.

Twitter handles resplendent in their support for LGBTQ+. Buildings in major European cities lit up in rainbow colours for the month.

Even Uber showed you the trajectory the car was taking on its way to you in rainbow-coloured lines.

Would it have killed us to keep this acknowledgment up all year round?

It’s not like changing your avatar or adding a splash of colour to your LinkedIn banner is tantamount to going to battle. The effort is minimal.

Would it kill us to keep it up?

Would it kill us to do more?

The thing is, anything that becomes an ‘initiative’ becomes wrapped up in itself.

A small parcel, a proof of goodwill, measured in actions rather than outcomes. Good intentions irrespective of results.

You can’t imagine it, can you?

It is impossible to imagine a business where the responsibility for driving revenue and managing costs is not implicitly and explicitly woven into every job and function.

What is divided and parcelled out is your specific responsibility.

Helen over here is tasked with finding us the best people to do more selling and better managing. David over there is responsible for selling treasury services to banks and you are responsible for selling loans to consumers. Kate is tasked with selling loans to businesses and our mate Kevin on the other side of the room is responsible for keeping the books to make sure we are doing the right things in balance. Even Ali who mostly does reconciliations on bond coupons knows how they fit into the grand scheme of things.

If my job is to sell loans to consumers, I don’t expect Clive from corporate to mess with my work and try and sell loans any more than he expects me to help him on the syndication side.

We each contribute to the mission through our little part of the puzzle.

You see where I am going with this?

If diversity and inclusion isn’t everyone’s responsibility, if equality isn’t an all-the-time thing that everyone is held actively accountable for, then it’s never more than a set of initiatives that don’t amount to more than the sum of their parts.

Surely, I hear you say, we are all accountable for our behaviour.

Surely, yes, there are many managers that do exactly that.

But also, and equally surely, if everyone did all that we wouldn’t need to have the initiatives. We wouldn’t have a problem to solve.

We wouldn’t need to make a public show of commitment to improving diversity and inclusion if there was no problem. If this wasn’t a thing that is not happening naturally, surely, our own workforce and our company cultures would be their own self-evident truth.

So don’t surely me.

Pride is over. But the struggle for access, inclusion and a life of non-negotiable dignity and freedom for LGBTQ+ folks didn’t end in triumph despite all your pretty rainbow flags and lanyards. Black history month comes and goes every year with no real systemic change in our institutions and board rooms, not to mention the implicit racism of public discourse. As for international women’s day… the jokes about how ‘every door throws itself open if you are a woman, these days’ start just as the avalanche of corporate imagery hits our screens. Adding insult to the injury of having to defend the simple idea that 50% of the population should access, I don’t know, 50% of the stuff, and 14% female representation may be better than industry averages, but in a city where women outnumber men, I don’t know… I’m gonna go out on a limb and say it’s pretty poor.

And why do we do all this?

Because it’s easier than the alternative.

I said recently that nobody comes out to openly say they don’t support diversity to be (sadly, rightly) corrected by the amazing Virginie O’Shea who pointed out that in the crypto world there are companies who do exactly that.

So I guess we should count our blessings?

Or should we just say enough already?

Because here’s the rub, in three parts:

And why is that?

Easier than the alternative.

The alternative of saying OK. This is bad. And it’s bad for the people it’s happening to.

These are not victimless crimes.

There are people affected in ways big and small.

And by extension these are not perpetrator-less acts.

And here’s the elephant in this here room: no amount of rhetoric, logos and training courses will be enough to counter-ballast the daily actions that exclude, diminish or antagonise people who, for whatever reason, weren’t already here.

You can’t fix it ‘over there’.

And you need to do it every day all day until it’s the way you are and you no longer need to tell us ‘how important doing more’ is to you.

Ah… but we don’t want a witch hunt, do we? I hear folks say.

No, absolutely we don’t.

Because the witches were innocent women, marginalised, ridiculed and hurt for being different.

So maybe a witch hunt is exactly what we have after all.

So maybe, just maybe, don’t change your logo next time. Change who is responsible for this. And make it… everyone. Let’s see where that takes us.