While we talk about trades being executed in nanoseconds, as soon as these transactions hit the post-trade environment, matching to settlement can take days. 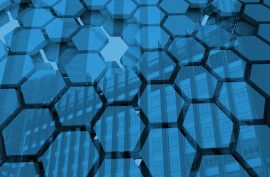 And it’s the same across the street, or in another continent where your counterparty is located, with each party often operating technologies and processes that are over 30 years old. Having spoken at length to bank after bank, a similar core set of problems are echoed time and time again – post-trade processing is slow and expensive, and there’s a lot of risk involved.

It’s this level of risk that’s now gaining increasing regulatory attention, with last summer’s update to the FX Global Code specifically placing an increased emphasis on the need for safer settlement. The Bank for International Settlements’ Committee on Payments and Market Infrastructures (CPMI) has also been charged with examining the expansion of Payment vs Payment (PvP) settlement solutions, and of course there’s the recent imposition of CSDR.

However, this isn’t an easy problem to solve. The post-trade world is characterised by very specific (and complex) business processes, operating across hardwired, siloed and batch-based inflexible systems that use up massive amounts of financial and human resources. But addressing these issues isn’t about replacing legacy technology with new. It doesn’t work like that – this is critical market infrastructure.

The issue lies in the fact that the post-trade world as we know it has a limited lifespan and in response, the most strategic banks are already starting to upgrade their technologies. Markets have taken a significant turn in recent years and for the foreseeable future rapid change is expected to continue with increased volatility, rising interest rates, growing competition from non-banks and the emergence of new digital assets. In this fast-evolving world, maintaining the status quo is no longer an option.

Building the bank of 2030 with an infrastructure that’s efficient and flexible is the goal for so many firms. This is where innovative technologies such as distributed ledger technology (DLT) offers such huge potential to firms keen to address these inherent, systemic risks and inefficiencies.

Differences between DLT and blockchain technologies in financial markets

Before we start talking about DLT, it’s important to make the clear distinction between blockchain and distributed ledger technologies as they’re often confused. And while similar, they’re not the same.

Blockchains can be divided into public and private permissioned blockchains. The concept of trust is an essential construct of the public blockchain. This is a peer-to-peer model where the community as a whole creates trust via the use of a shared, unalterable digital record. In contrast, with a permissioned blockchain, a trusted intermediary governs interactions between those on the chain. Both have their place and there are situations where one works better than the other – as a result, both variants are likely to play an important role as the markets evolve.

Private blockchains are much similar in construct to DLTs. But, for a blockchain to work really well, everything needs to be on the chain – meaning that if an end-to-end process requires off-chain steps that necessitate interaction with existing systems, business processes and legal frameworks, challenges arise.

This is exactly the case with almost all post-trade processing because these very elements can’t be disintermediated. Every payment transaction for example needs to interact with internal systems that conduct compliance checks – AML, OFAC and so on – before it goes out the door, and for an FX payment to be made interaction with a nostro account is often required. In contrast, this is where permission-based, interoperable DLT really shines – enabling end-to-end workflows to be constructed with transparency and auditability across multiple organisations.

DLT is being used to redefine post-trade processing

Some firms are now using DLT to transform their post-trade infrastructure with fully connected, friction-free, flexible and transparent processes. It works because in so many situations a distributed workflow across financial institutions, executed by legacy messaging systems and operations teams, is how post-trade systems and processes work. It’s just that at present nothing is joined up – there’s limited automation and the whole process is massively opaque. This opacity results in increased risks, increased costs, delays, the inefficient use of liquidity and suboptimal processes.

Let’s use an FX transaction as an example. Once executed, there’s a series of steps that each bank’s middle office needs to take and interactions that occur between these entities. Then the treasury teams do the same and as a final step funds are transferred. These workflows and interactions, happening across both firms, are in effect distributed workflows. What DLT allows is for those distributed workflows to take place with the transacting parties able to share a real-time view of the same data because it’s stored on a shared digital ledger.

DLT allows the parties to take control, collaborate and agree how they want to execute the distributed workflow. The DLTs will need to interoperate with external trading venues, matching engines, payment gateways, post-trade books and record systems to ensure that the automated workflow is integrated and interoperates.

Settling an FX trade may require participants to agree if or how they want to net, or if they plan to settle in gross. They may also pre-agree the cadence of when they’ll settle so they can collaboratively align settlement timeframes with corresponding liquidity events, so as to manage their funds more effectively. In fact, via DLT, settlement can happen multiple times a day, on demand – it can be done in a riskless manner and significantly faster, without the liquidity and funding constraints pre-funding introduces.

The parties can collaborate in real time and have full visibility, and 24-hour settlement processes can be reduced to a matter of minutes. Bringing post-trade processing into the 21st century, this level of visibility and collaboration reduces risk and costs and generates huge efficiency savings.

Furthermore, DLT brings with it the same core auditability benefits as blockchain such as immutability, tamper resistance, auditability, data lineage and the notarisation of transactions, with the parties benefiting from non-refutable proof that a transaction has happened.

What I just described is not a concept, a POC or a science project. DLT is now being used in this way in a live production environment every day to settle transactions.

I believe interoperable permission-based DLT has the potential to revolutionise post-trade processing – offering a realistic upgrade path for firms keen to overcome the costs, delays and high levels of risk that have become the status quo, without the need to replace the very systems and processes critical to how they function as a business.

He previously worked as VP of Technology at Dwolla and was co-founder and founding CTO at Compass Labs.