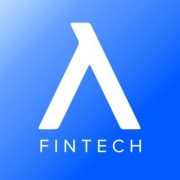 ThetaRay says its “artificial intelligence intuition” technology can detect known and unknown threats, with a 95% detection rate and 99% reduction in false positives.