Egyptian fintech Lucky has raised $25 million in a Series A funding round, the country’s largest fintech Series A to date. 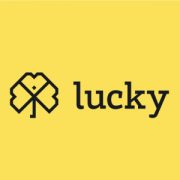 The company says it wants to provide MENA consumers better access to credit to improve their financial flexibility and boost their spending power.

The Series A cash will go towards cementing Lucky’s position in the market and building out its credit offering.

The company has seen 250% year-on-year growth in gross merchandise value and recently expanded into Morocco, with an eye to further regional expansion.