A panel, a chat, and confirmation that ESG is a tough nut to crack

I recently attended a hackathon at the Finovate Europe conference. Facilitated by the European Women Payments Network (EWPN), the focus was the challenges and, more importantly, opportunities of ESG for the financial services industry. 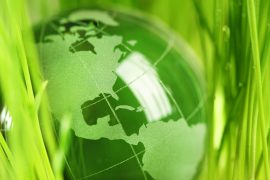 The format for the hackathon was a panel followed by audience participation in the form of group discussions answering a few pertinent questions. Fuelled and armed by some great insights from the panel (which included Michela Weber from Worldpay, Chris Humphry from Eden McCallum, Elin Helander from Get Dreams, Rukayyat Kolawole from PaceUP Invest GmbH and Sofia Marsaglia from Wallbrook), my group had the task of answering the question: “How can a company get its customers aligned with its ESG goals?”

The first thing we discussed was carbon footprint calculators. These ClimateTech tools are increasingly being found in retail and business banking services. They are, of course, an increasingly visible expression of co-opting customers into reducing Scope 3 emissions.

As the conversation continued, one thing became apparent. We had jumped straight into the ‘E’ of ESG.

While the environment is important and frequently (quite literally) a burning platform, it is easy to forget the S and the G. This is not uncommon.

We chatted about this, and the conversation turned to how companies can tackle the glass ceiling for female employees (an S topic). One of our group pointed out that this is particularly true in the fintech industry, where senior women tend to be from areas such as admin and HR rather than being founders or CTOs.

We briefly touched on quotas and whether positive discrimination was good or bad. In the panel discussion, Chris Humphry had talked about a conversation he had had with a senior female colleague regarding the subject. She had said that for the last 50 years, it was as if men and women were playing football against each other, but women had been playing uphill the whole time. She felt it was time for men to play uphill for a while—a very fair POV.

We then talked about how important it is to connect the E with the S and the G. This is where the most progress can be made.

Realising that we had gone slightly off-piste, we then returned to the question.

Focused once again on the question, one of our group felt it was: “Very unfair to guilt and co-opt customers into helping solve the problem if the company does not have a strategy and plan in the place itself.” An excellent and correct perspective.

We then discussed at length that before getting customers involved, a company needs to be clear on its action plan and have a concrete strategy. This needs to be meaningful and actionable, avoiding greenwashing (or social washing), which is where the G comes in.

The conversation then turned back to the environment and how it is easy to stumble into issues without proper governance and oversight. Readers of previous articles will remember my story about Meta applying for permission to build a new data centre in the Netherlands that is going to be so large that it is forecast to consume 1,380 gigawatt-hours of electricity, the equivalent of 10% of Dutch wind energy production, meaning that the government would have to rejig its climate change targets. As a responsible business, Meta aims for net-zero, but in this case, this comes at a cost to a country.

Someone in our group described solving climate change as being like whack-a-mole. When you have one problem under control, another one pops up, often related but completely unexpected. The whole topic of ESG has whack-a-mole potential built in. So when embarking on a strategy, expect the unexpected. This is particularly true when getting your customers involved.

The conversation eventually returned to carbon calculators. We chatted about those companies looking to use them as part of their customer proposition while failing in other ESG-related areas, such as ongoing investments in the carbon industry. The suspicion is that including carbon metrics is a box-ticking exercise rather than a strategic activity, which long-term will work against those businesses.

Overall, we realised that the question was a difficult one to answer.

Our response was a resounding, “Do not involve customers until you have a fully formed strategy in place and have moved beyond any forms of ESG washing.”

P.S. EWPN and Finovate folk, I loved the format. It was great to get a perspective from some experts and then have a focused conversation about a relevant topic to put words into practice!