The carbon cost of technology and what to do about it

Meta is planning to build a data centre in the Netherlands. Not just a tiny run-of-the-mill data centre, but a massive one, the size of 1,300 Olympic pools, which will be the largest in the country. 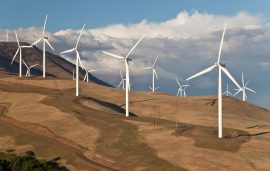 Aside from the impact of the building on the proposed site’s rural setting and local agriculture, reports suggest the predicted amount of electricity required is so big that it is forcing the Dutch government into altering its climate goals.

Local people and activists have banded together to protest that this data centre will suck in a huge amount of the green energy (Meta has net-zero goals) produced by the Netherlands.

To put it in context, the data centre will consume 1,380 gigawatt-hours of electricity, the equivalent of 10% of Dutch wind energy production (yep, you read that right).

On the other side of the argument are those who see the positives of embracing the Meta opportunity. They also point out that the protestors are very active on Facebook and Instagram to raise awareness of the cause.

Oh, the hypocrisy, they cry.

This story encapsulates the ‘three C’s’ dilemma that countries, companies, and citizens face as they plan for net-zero.

On the one hand, Meta (the company) clearly states its commitment to net-zero in its corporate communication:

“Starting last year, we achieved net-zero emissions for our global operations, and we’re supported by 100% renewable energy. To achieve this, we’ve reduced our greenhouse gas emissions by 94% since 2017. We invest enough in wind and solar energy to cover all our operations.”

Then you have the Netherlands (the country), which must juggle commercial opportunity with its climate change targets. It has to decide whether the opportunity is more important than anything else when divvying up the renewable energy it produces.

Last but not least, there are the citizens, who are stuck somewhere between them both.

The one clear thing is that understanding these dynamics is good for ensuring transparency and public debate around the climate change agenda for all concerned.

Financial services companies face this Three C’s dilemma as they think about their net-zero targets.

Banks and, in particular, neobanks are essentially technology businesses. And digital transformation has increased and will continue to increase reliance on technology. It is incumbent on every bank and fintech to understand how much energy its operation consumes and the downstream impacts of its decisions.

I recently chatted with Eric Zie, founder of GoCodeGreen, which uses diagnostics based on scientifically recognised analysis techniques to provide a carbon performance rating on a company’s software.

Eric’s view is that software is at the heart of digitisation, and it must become more efficient and planet-friendly for climate targets to be reached. The sector is a massive polluter. In 2020 it generated 1.4 billion tonnes of CO2 (the same as all the air travel taken in that year) and consumed 4% of global energy. Some examples include:

There is even a tool called greenframe.io that will analyse a website’s carbon footprint and report back with a figure per visit and predictions over a year.

Eric tells me: “For many companies, most of its environmental impact lies in its value chain – the so-called Scope 3 emissions, of which technology accounts for a large proportion. For neobanks and fintechs, this can be significant. Through the carbon analysis of its software, companies can make informed choices about what to do to reduce, avoid, or remove carbon cost. For example, when purchasing software, the tender process ensures that the latest sustainable software standards have been used in its development down to coding practices.”

One thing that was interesting about what we discussed was that the response to his analysis had overall been very positive, particularly from those that Eric describes as “pioneers”.

However, some have had an adverse reaction to the results. The reason I mention this is that it highlights another problem with de-carbonisation. If we have a better idea of what is going on, it is more difficult to do nothing, which for some can be a bitter pill to swallow.

The financial services sector and the software and platforms it relies on represent a massive opportunity to make a real difference in the de-carbonisation agenda. Companies’ choices are critical, particularly when taken within the broader context of the countries where they are present.

When looking at projects, is the carbon footprint currently a consideration? By being informed, institutions will be better able to make the right green choices in procuring, developing, hosting, and managing software and thinking through how it will run and be used.

And finally, I would love to understand the carbon footprint of this article.

How about an audit, FinTech Futures?

Every action has a carbon cost, from writing to publishing to sharing and commenting. It would be interesting to see what it is!

Note: The FinTech Futures homepage generates an estimated 4.66g of C02 per view, according to online carbon calculator Website Carbon. FinTech Futures is part of Informa Connect. You can read more about Informa’s net-zero goals and sustainability initiatives here.