Berlin-based fintech Vivid Money has raised €100 million in a Series C funding round, valuing the company at €775 million. 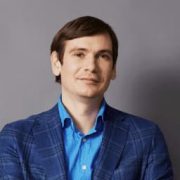 The round was led by Greenoaks Capital and saw participation from Ribbit Capital and SoftBank Vision Fund 2.

The cash will be used to build out the firm’s investment and banking offerings as it looks to add more features to its financial super-app. The company also plans to expand its European workforce across its product and marketing teams.

Vivid Money co-founder Artem Iamanov says the company’s vision is to be “more than just a banking app”. The firm plans to develop an app where customers can save, invest and “organise their daily financial matters” in one place.

The fintech claims “exceptional growth” over its first year of operations, having grown its user base to 500,000 customers since its last funding round in May last year, which valued the company at €360 million.

“We’re now ready to strengthen our existing product and expand it further by connecting our customers to each other and establishing a community of like-minded people who are dedicated to learning and growing their money together,” Iamanov adds.

As well as its primary banking features, Vivid Money users can invest in stocks, crypto and precious metal assets from as little as €0.01.